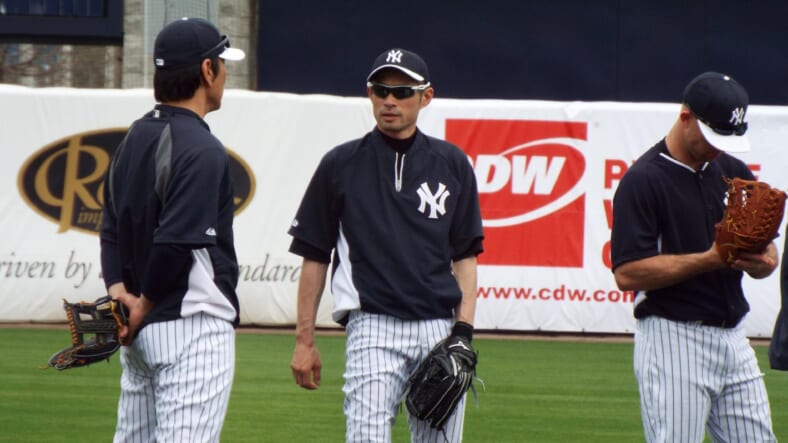 This really isn’t a New York Yankees article, but I couldn’t help myself writing about one of my favorite Yankee players, who is now 48 years old, and still showing his excellence in all aspects of the game.

Ichiro Suzuki is a shoo-in for the Baseball Hall of Fame, mostly known for his time with the Mariners; during his two-decade career, he has been one of the best batsmen in the game of baseball. The New York Yankees were lucky enough to have him play for the team in the Bronx from 2012 to 2013 before moving on the Marlins and then where he started it all, back with his Mariners. He was a live-long .311 hitter with an OPS of .781. Ichiro was never known as a home run hitter, only hitting 117 of them, but he was one of the most solid and consistent players of this time.

Being a Yankee fan and a fan of all baseball at all levels, Suzuki finally showed up on my radar in 2004 after winning four All-Star appearances, a Silver Slugger, a Gold Glove, and four MVP nominations in a row, winning it once. I started following his career and saw him become an All-Star six more times until the string ended in 2011. Although not the superstar he was, he continued to be an excellent player through the end of his career.

While with the Yankees, even though I was already a fan, I got to appreciate him even more seeing him play daily. I have never seen a player that worked as hard at staying healthy as he did in playing the game at its highest levels. The Yankee players of today could take some lessons from him. He constantly exercised in the training room, outfield, and even batting. Ichiro played in 157 games or more ten times in his career, playing in 162 games twice.

On August 27, 2021, Ichiro was inducted into the Mariners Hall of Fame. He will become eligible for the Baseball Hall of Fame in Cooperstown, in 2025 when I expect him to be inducted in the first round. But until then, he hasn’t been away from baseball taking part in all kinds of events. But this season, he is making a splash in girls’ baseball; yes, girls! I guess I should go back to 2015 when he added pitching to his masterful talents. Now in 2021, he is pitching again to a group of All-Star girls in his homeland of Japan.

“I used to pitch in high school. I did pitch in an All-Star Game in Japan. But to be on the mound at a Major League Baseball game, you can say one of my dreams came true today. But I’ll never ask to do that again.”

But here he is again pitching in a girls All-Star game. Not only did he pitch, but he struck out 17 while throwing 147 pitches in the game. His fastball topped out at 84 mph. Watch his strikeouts below.