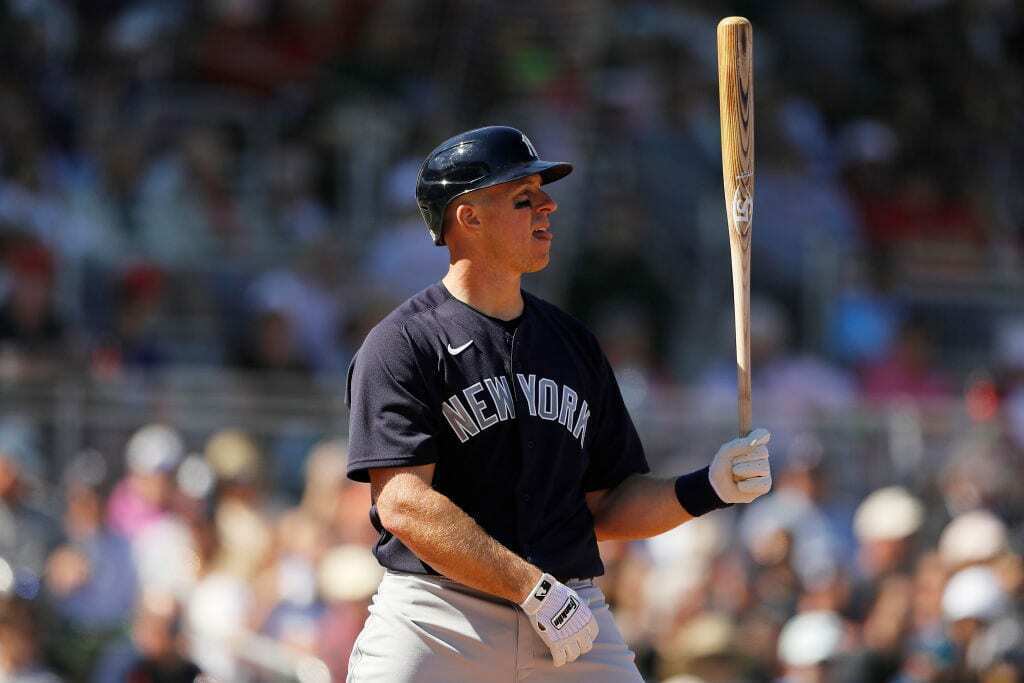 The New York Yankees will be losing a fan favorite player for 2021 and beyond. Catcher Erik Kratz elected to opt-out of playing in the future as a player, but very well could return as a coach.

“My next season will not be as a player, that’s for sure,â€ he said. â€œI am deciding not to play.”

Erik Kratz has announced that he will not play in the 2021 season.

"My next season will not be as a player, that's for sure,â€ he said. â€œI am deciding not to play."

Formally a 29th round pick by the Blue Jays in 2002, Kratz has enjoyed a lengthy career and is currently 40 years old. He made his major league debut with the Pirates back in 2010, making his way around the league and ending up with the Yankees in 2020.

Across 30 plate appearances, he slashed .321/.367/.393. His MLB career hasnâ€™t been as productive but heâ€™s always been a fantastic teammate and veteran leader for some of the younger guys on the roster.

Kratz ended up being a significant influence on young pitcher Deivi Garcia, who considers him his â€œpadre.â€ After Garciaâ€™s first game as a Yankee, Kratz broke down in tears with how proud he was.

The New York Yankees need to find a way to keep Kratz around:

Erik is one of the most caring players you will find, especially when it comes to younger athletes who are rising through the system. Not only would he be a phenomenal coach to add, simply because he cares so much, but he also has the baseball knowledge to help develop players over the long term.

Interestingly, Kratz understands that heâ€™s been an up-and-down player his entire career and while stats are important, heâ€™s found gratification in making connections with players in the minor leagues and watching them develop.

â€œIt’s hard to explain,â€ Kratz said, via MLB.com. â€œBeing a up-and-down type of player my entire career â€¦ personally, you want to have good stats, you want to have everything defensively, offensively all that stuff. Ultimately for me, the things Iâ€™ve found satisfaction and incredible gratification in is being able to make connections with players — in the Minor Leagues, in the big leagues, pitchers, position players, whatever it is — and hopefully go on to see them have success.

Even manager Aaron Boone sees how special of a person Erik is and the value he brings to the locker room.

â€œHeâ€™s beloved in that room by everyone, and it’s because of the joy he kind of lives his life with that’s infectious. The fact that you can’t help but notice how much he cares about other people. And at the age of 40, he’s still capable of going out there between the lines and impacting our club. We’ve been lucky to have him.â€

By the reviews, Kratz gets from players and coaches alike, keeping him around the organization can only be a positive thing.