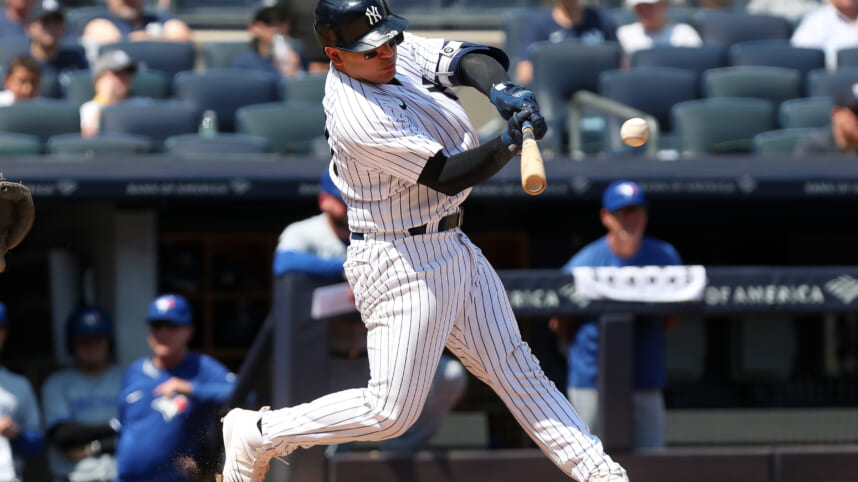 In a time in which every New York Yankees regular seems to be struggling to get anything going offensively, the catchers haven’t been able to escape this reality. In fact, production from the backstops has been almost nonexistent during the postseason run.

It’s true that not much is expected from catchers offensively speaking, and as long as they are good framers and can lead a pitching staff, they will enjoy playing time. But the Yankees have gotten just one hit from their catchers in seven games. One hit!

Jose Trevino is 1-for-15 and Higashioka is 0-for-6 in postseason play. That’s really bad. The former is perhaps the best framer in the league and has a lot of value to the Yankees, and the latter is a perfectly capable backup. However, at some point they need to do something at the plate. Anything.

The Yankees need competitive at-bats from everyone, including their catchers

Perhaps he was playing a bit over his head in the first half, and the Yankees know it. But he is certainly better than his current version, one that seems to be swinging at a lot of pitches out of the zone and missing several hittable ones.

Of course, it should be noted that Trevino (and Higashioka) is currently facing some of the best pitchers in the world. The Cleveland Guardians were sixth in ERA during the regular season, and the Houston Astros had the second-best.

Most of Higashioka’s issues stem from his inability to make contact. He has stepped on the plate seven times, striking out in five of them and drawing just one walk.

If the Yankees want to at least be competitive, their catchers will need to do more than just outstanding work behind the plate.