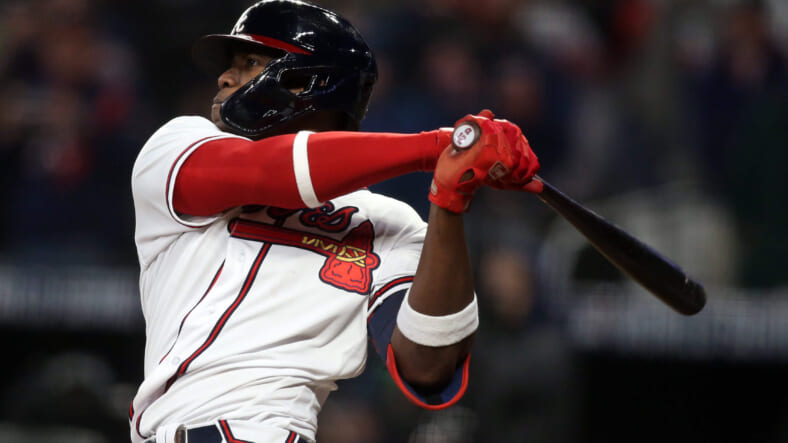 Everybody knows that the New York Yankees prefer to add home run hitting players at every position. Slugging ability is one of their most valued attributes, which is why the team is so hung up on Carlos Correa, who has hit double-digit homers in every full season of his career.

However, management has already indicated they are looking for another outfield player to help bolster the team. With Clint Frazier leaving to sign a one-year deal with the Chicago Cubs and Brett Gardner rejecting his player option, and the Bombers rejecting his club option afterward, an opening has become available.

At this point, relying on Aaron Hicks to be the primary centerfielder could be a liability. His injury history has significantly dampened his value to the team, so bringing in another starting-level player might be a good move. The team still has Joey Gallo until 2023, and given his defensive qualities, it is safe to say he will have a starting job.

The Yankees would prefer Giancarlo Stanton to play defense and offense, but his injuries have also hurt the team significantly. There’s also the possibility the Yankees execute a trade, which Gallo could potentially be involved in. If that is the case, targeting a player like Jorge Soler could significantly boost the team’s home run-hitting mentality.

As proposed by Peter Brody of Pinstripe Alley, the Yankees could be intrigued by the power and magnificent turnaround from Jorge Soler, who just won a World Series with the Atlanta Braves.

Soler coming off of a season where he turned a. 192 batting average with the Kansas City Royals into a. 269 average with Atlanta and a World Series victory. Over 55 games, he doubled his home run total compared to 94 games with the Royals earlier in the year. He smacked 14 long balls, picking up 33 RBIs and a .882 OPS.

Soler also has a successful postseason history, hitting .292 with six homers and 11 RBIs. The Yankees need more players who perform during elimination rounds, and Jorge has a prosperous history doing so. The problem here is that Soler will likely require a starting job, but if he’s willing to settle into a DH role until called upon for good money, there may be a deal to be made.

Nonetheless, the patience he showcased during his time with Atlanta proved to be a significant difference in his production in the batter’s box. Joining a team like the Yankees would likely instill more confidence in the big slugger, and at 29-years-old, he is still ripe in his prime.