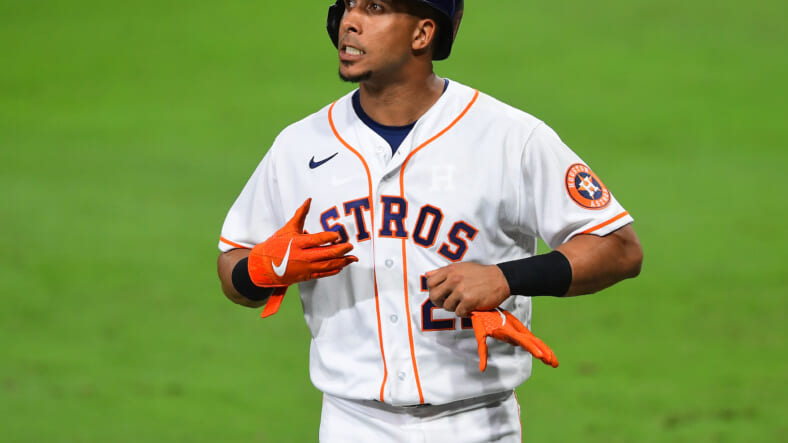 At times, the New York Yankees offense looked like a Triple-A unit in 2022. It’s baffling how a team that finished among the leaders in home runs, wRC+ and runs per game could look so helpless at the plate for large periods of time, including the postseason. That’s exactly what happened, though, and it became more evident in the playoffs when Aaron Judge was shut down.

The offense is definitely an area of concern for the Yankees heading into the offseason. Judge and Anthony Rizzo are free agents and need to be retained, Jose Trevino and Isiah Kiner-Falefa aren’t offensive threats, and the same can be said about Aaron Hicks and, particularly, Josh Donaldson.

The Yankees will have to work with the young guns – Oswaldo Cabrera, Oswald Peraza and potentially Anthony Volpe – to get the best out of them offensively. However, they may need to bring reinforcements if they truly want to improve their offense.

Look no further than Michael Brantley. A member of the Houston Astros since 2019, Brantley is a professional, disciplined hitter who has been a part of their recent postseason success.

Brantley could help solve some of the contact issues that plagued the Yankees lineup in 2022, as he has struck out just 10.8 percent of the time during his career.

At this point, Brantley’s power upside is not the 20-homer seasons he put in the past. It would be closer to 10, perhaps 15 with Yankee Stadium’s short porch working in his favor (he hits from the left side of the plate). Despite the lack of thump in his bat, he could be a worthwhile addition for the right price given his contact abilities and playoffs experience: his lifetime .296 batting average and .357 OBP in October would fit in nicely in the Yankees lineup.