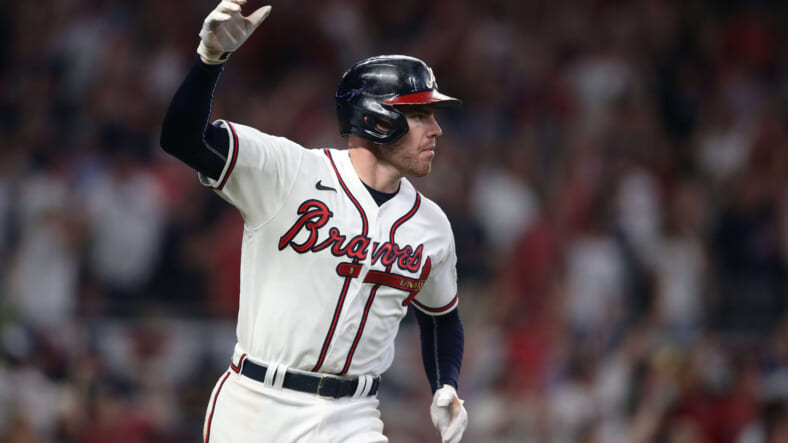 The New York Yankees need to find a solution at first base with Anthony Rizzo, currently a free agent. While the team has Luke Voit, management doesnâ€™t see him as a long-term solution given his injury history and inconsistencies as a defender. Thereâ€™s also the possibility they move DJ LeMahieu to first base full-time, but the likelihood is they will either retain Rizzo, trade for Oakland Athletics star Matt Olson, or sign the best option of them all Freddie Freeman.

Freeman would be a splashy acquisition, but the Atlanta Braves are desperately trying to retain him. The star infielder is coming off an incredible season, hitting .300 with 31 homers and 83 RBIs. Heâ€™s one of the best hitters in baseball with his unbelievable power, and with a short right porch in Yankee Stadium, he could increase those numbers even further.

MLB insider Ken Rosenthal stated that the Yankees have an opening at first base and Freeman could fit the bill, but that other needs could be prioritized this off-season, notably at shortstop.

Three big-market clubs â€“ theÂ Dodgers,Â YankeesÂ andÂ Red Sox â€“ have at least a theoretical opening at first base. Whether those teams would prioritize Freeman over more pressing needs is an open question. But any club with a possible fit would be negligent if it simply dismissed the idea.

The Yankees need to find at least a stopgap at short and address their pitching. The Dodgers are probably the favorites to sign (Corey) Seager. … And as much as Red Sox president of baseball operations Chaim Bloom talks about building a sustainable contender, itâ€™s difficult to imagine pivoting away from his two youngsters at first.

The Bombers could solve their shortstop issue with a stopgap, especially if the Dodgers retain Corey Seager. They could look to an option like Andrelton Simmons, who hit .223 this past season with the Minnesota Twins. He is a solid defensive player but had a down season at the plate. He is a fantastic contact option though but lacks the slugging power the Yankees desire in their hitters.

If they want to go a bit cheaper at shortstop, they can elevate their spending on a first baseman and starting pitcher. However, with such a strong SS class, passing on the opportunity to get an elite player might be foolish.

Freeman represents an awesome acquisition, but the Yankees can retain Rizzo for much cheaper and grab one of the best shortstops on the market alternatively.