Yankees: Could Carlos Correa be an option via free agency? 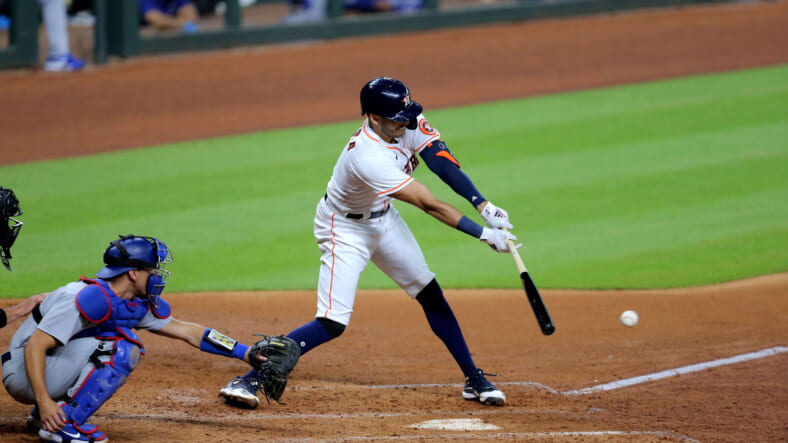 The New York Yankees need a shortstop for 2022. Carlos Correa, who currently plays for the Houston Astros and is about to start his participation on the 2021 AL Championship Series, will be a free agent after the season.

Over the years, there has been some history between Correa and the Yankees. He hasnâ€™t been shy when celebrating big postseason hits or moments, he was part of the 2017 sign-stealing scandal in Houston, and overall, he is not well-liked by most of the fan base.

But if he will hit the market, is willing to come, and performs, most Yankees fans would be smart to leave the past behind and embrace that hypothetical scenario.

The biggest problem for a team like the Yankees, one with two contracts worth more than $300 million already and a pending negotiation with Aaron Judge for a possible extension, would be money.

Not that money should be an issue for a team like the Yankees, but itâ€™s unlikely they want to give another contract close to $300 million under those circumstances, and with two potential solutions coming from the minor leagues soon (Oswald Peraza and Anthony Volpe, although they may not be ready in 2022).

Is Correa on the Yankeesâ€™ radar?

But what about Correa? Itâ€™s not clear if he will be willing to come to New York, but he hasnâ€™t closed the door. Here is what he told NBC Sports Chicago about his next contract and how many years he wants to sign for:

The shortstop explained the reasons why he thinks he may be worth around the same amount of money paid to fellow shortstops Fernando Tatis Jr. and Francisco Lindor.

â€œI led the league in WAR for Baseball Reference, led the league in defensive WAR and had a great offensive year. So when you talk about shortstops that can do both things at an elite level, I think you should mention my name.â€

The Yankees, seeing how Gleyber Torres couldnâ€™t handle shortstop, had to improvise with Gio Urshela there in the stretch run. Will they be willing to splash the cash for Correa?