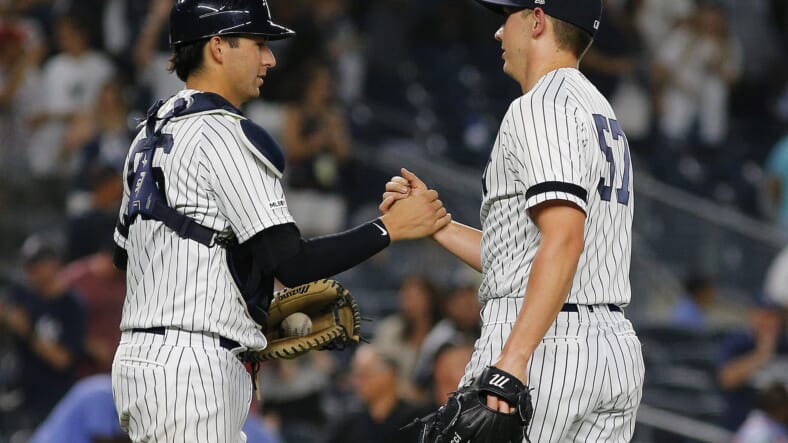 The New York Yankees hadnâ€™t won since Tuesday and dropped the first game of Sundayâ€™s doubleheader after closer Aroldis Chapman once again dilapidated a save chance. But just when the team needed him the most, an unsung hero made his appearance on Sunday night to help secure the victory in the last game of the series against the New York Mets.

Right-handed reliever Chad Green threw three perfect innings and one immaculate one, the seventh, as the Yankees won 4-2 and finally went home happy after a rough week full of heartbreaking defeats.

Green struck out six batters in his outing, and culminated him with the immaculate frame that included nothing but strikes.

â€œWeâ€™ve had some pretty devastating losses the past few games, games we should have won that we just werenâ€™t able to get done,â€ Green told MLB.com. â€œI think that was a very important game for us.â€

Green struck out Michael Conforto, Jeff McNeil, and Jonathan Villar, and according to STATS, became the first pitcher in the Modern Era (since 1900) to pitch three perfect innings, strike out six batters and have an immaculate inning in the same game.

â€œHe had terrific command, throwing the ball how and where he wanted to,â€ Yankees manager Aaron Boone said. â€œI was a little reluctant to send him out there for a third inning, but he wanted the ball. He was dominant and efficient. That was just a huge effort for us.â€

In a time in which Chapman has been struggling, Greenâ€™s success gives the Yankees a boost. He had two pitches in the first game before giving way to Chapman, who blew yet another save. But the second game helped the Bombers gain some redemption.