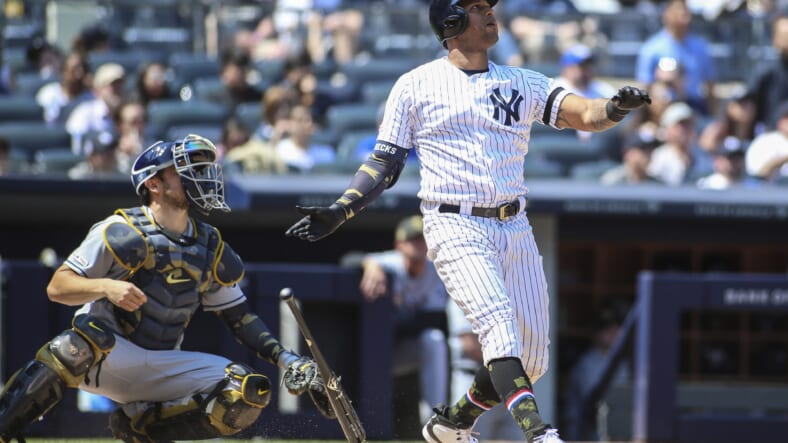 The 2021 season, so far, hasnâ€™t been kind to New York Yankeesâ€™ center fielder Aaron Hicks. He started the year as the third hitter in the lineup, a spot he has occupied plenty of times in the past. However, manager Aaron Boone has moved him around, looking to jumpstart his offense, without much success. Last night, he batted sixth in the Yankeesâ€™ victory against Cleveland.

For a player with excellent plate discipline like Hicks, you know he is having a bad season when his walk rate has decreased from 19% in 2020 to 12% in 20211.

The Yankeesâ€™ slugger needs to be stop expanding the zone

Patience, according to the Yankeesâ€™ outfielder, will be the key for getting out of his slump.

â€œI need to swing at strikes. Thatâ€™s essentially what it comes down to,â€ Hicks said according to MLB.com. â€œI think Iâ€™ve expanded the zone a lot more than I have in a long time. If Iâ€™m swinging at pitches in the strike zone and Iâ€™m attacking the pitches I need to be attacking, then I know for sure that Iâ€™ll be back and doing a lot of damage at the plate.â€

Yankeesâ€™ hitting coach Marcus Thames has been helping Hicks as of late, specifically telling him to back off the plate a little and start his leg kick earlier.

â€œI wanted to start the season off strong and help my team win games,â€ Hicks said. â€œI havenâ€™t been doing that. Staying patient is one of the issues that Iâ€™m having right now, because I want to get hits and I want to help this team win. I think, at the beginning, I started pressing a little bit.â€