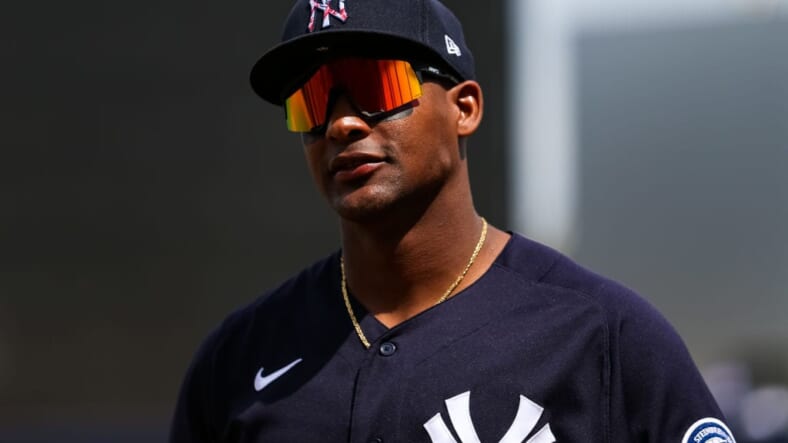 The New York Yankees designating Miguel Andujar for assignment was the best thing that could happen for everyone involved. The team liberated a roster spot for a fresh reliever and finally pulled the plug on someone they had been waiting for a long time, the player gets a new opportunity to shine elsewhere, and the Pittsburgh Pirates, who claimed him from waiver, get a 27-year-old with an elite season in the past (2018) at virtually no cost.

On Monday, Miguel Andujar played his first game in a Pirates uniform. He batted third, so you can see they have big plans for him, and he went 1-for-3 with a run and an RBI.

Before taking the field, in a pre-game interview with the Pirates (link to NJ Advance Media article here), Andujar talked about his new chance.

“I’m super happy to be here,” said Andujar, who was in the middle of the action when the Pirates defeated the Cincinnati Reds 8-3. “When I heard the news, I was happy to come here. It’s really exciting.”

Pittsburgh plans to give Andujar much more playing time than he would have ever gotten in the Bronx, and that’s good for his career. They are a rebuilding franchise and want to see if the Yankees’ former slugger can be a piece for the future.

He could never regain his 2018 form with the Yankees

Back when he was with the Yankees, Andujar finished second in the 2018 AL Rookie of the Year voting. He hit .297 with 76 extra-base hits and 27 homers.

“The thing we want to watch is the ability to swing the bat,” Pirates manager Derek Shelton said in his pre-game interview. “It was a situation we thought we could get a look at him going into next year.”

Andujar talked about how the Yankees handled his playing time and role, bouncing between Triple-A and the majors for the last few years.

“It’s part of the game,” Andujar said. “I played the best I can, controlled what I can control.”

“It’s not very often you’re able to make a waiver claim on a guy that’s had (a Rookie of the Year runner-up season),” Shelton added. “He’s been in a situation in New York where he’s just been behind other guys and hasn’t really gotten the opportunity.”

He has never returned to that 2018 level.

“I think I just had a lot of confidence (in 2018),” Andujar said. “I think playing every day helped me get into a good routine and I could be the best version of myself out on the field.”

Now, at 27, all Andujar wants is an extended opportunity.

He will get one in Pittsburgh.