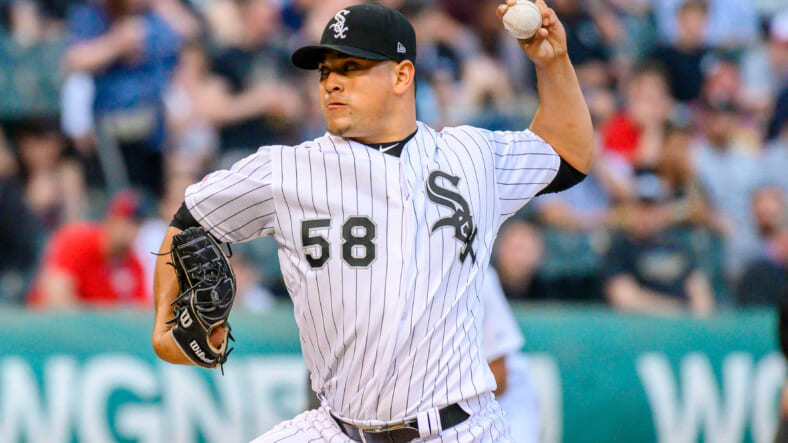 Many years ago, the New York Yankees traded Manny Banuelos to the Atlanta Braves, where he hosted a 5.13 ERA over seven games and 26.1 innings.

As a former top-5 prospect in the Yankees’ farm system and top-100 prospect in all of baseball, there were high hopes regarding Banuelos and his arm.

Rejuvenating his once dead career was not an easy feat, but translating his talents from the Mexican league to the MLB is quite a stretch. It is highly unlikely he’s able to replicate his statistics back in the big leagues, but the Yankees are giving him another opportunity to showcase what they saw in him back in 2015.

General manager Brian Cashman signed Banuelos to a minor league deal, and while he may never even see the mound, it is a win-win opportunity for the Bombers who need more diversity.

Given the team’s strategy toward starting pitching, relying on the rotation to keep the team alive has been optimistic, as the bullpen has been tasked with supplementing injuries and inefficiency over the past few seasons. The thought is that Cashman will go out and try to find a number two starting pitcher, whether that be an option like Carlos Rodon or trade for a Gerrit Cole compliment, but that isn’t a guarantee.

Cashman did have a one-year, $25 million deal on the table for Justin Verlander, in which he turned down to return to Houston on a two-year, $50 million deal with a player option.

With that being the case, the Yankees failed to make an impression on free agency 1.0, so they will be fighting with the leftover teams for pitching support. That is why adding bullpen arms and high upside players to minor league contracts with the lockout currently in place is a smart move.