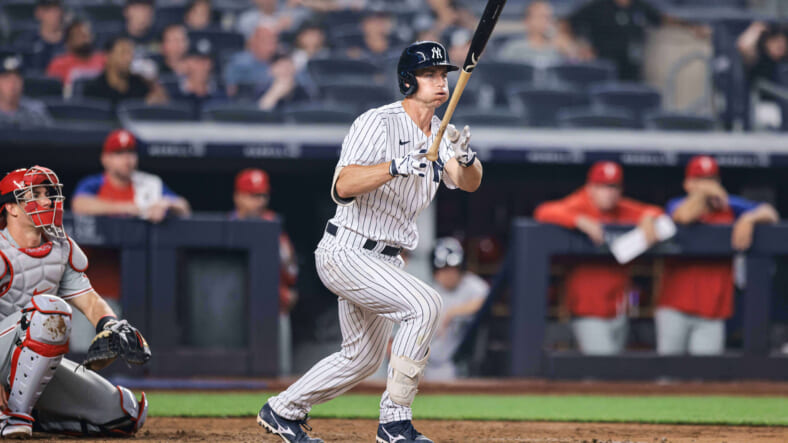 The New York Yankees have several weak spots they have to address after the lockout ends, with one of them being catcher. General manager Brian Cashman extended a one-year offer to Gary Sanchez to avoid arbitration, paying him $8 million, a significant pay increase despite his deficiencies.

However, the Bombers recently retained catcher Rob Brantly on a minor league contract, according to Joel Sherman of the New York Post.

The #Yankees have re-signed Rob Brantly to a minor league contract. That will give them a LH bat and catching depth at AAA.

Brantly is a career backup, spending time with Scranton/Wilkes-Barre last season and making six appearances with the Yankees at the major league level. At 31-years-old, he posted a .150 average with just three hits during his short stint with the top team.

Given Sanchez and his inability to progress, the Yankees desperately need to find a long-term solution at catcher. Brantly is a decent insurance policy in case Sanchez and Kyle Higashioka are both injured, but otherwise represents nothing but a minor-league body.