Yankees: Brian Cashman’s biggest mistake is dominating the World Series with the Phillies 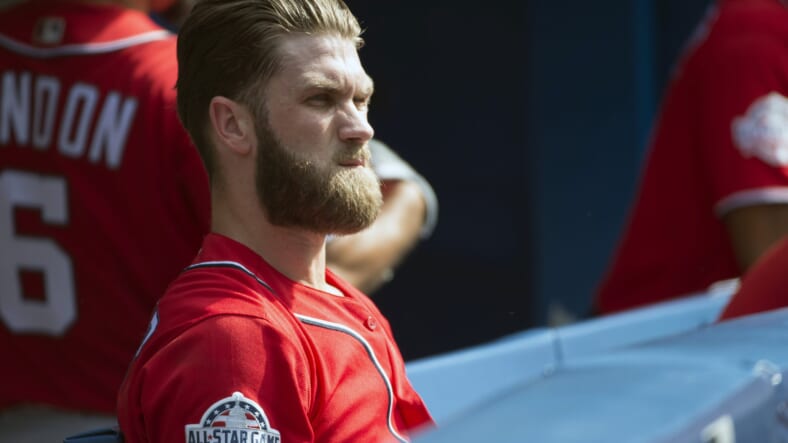 Philadelphia Phillies slugger Bryce Harper won the 2021 NL MVP award and is currently leading the charge as his team tries to win its first World Series trophy since 2008. He is having an incredible postseason that includes six home runs, six doubles, and 13 RBI in 15 games.

The New York Yankees, meanwhile, barely won the American League Division Series against the Cleveland Guardians 3-2 and were swept by the Houston Astros in the AL Championship Series.

After the 2018 season, Harper and fellow slugger Manny Machado hit free agency. They were available just for money. However, Yankees’ general manager Brian Cashman didn’t pursue them, and in the specific case of Harper, said the team already had too many outfielders.

Harper ended up signing a 13-year, $330 million contract with the Phillies. He already won an MVP award with them and is now two wins away from taking them to tasting glory after 14 years.

The Yankees should have pursued Harper back in the day

The Yankees, since 2019, haven’t been able to overcome the Astros, the Boston Red Sox, and the Tampa Bay Rays. They were competitive in 2019 and 2020, but lacked that punch, that star-power Harper could have offered.

You could say not pursuing Harper could be one of Cashman’s biggest mistakes in recent history. The man is slashing .368/.410/.789 with a 228 in the 2022 playoffs so far. Meanwhile, the Yankees had to endure terrible stretches of poor offensive play from their outfielders, most notably Aaron Hicks.

It’s the price to pay when you are the richest and most powerful organization in MLB and fail to pursue a generational talent in his prime. Had the Yankees signed Harper (who clearly wanted to join the organization back in the day), perhaps their postseason performances could have been different.