Yankees’ Brian Cashman suggests Aaron Hicks will be back for 2023 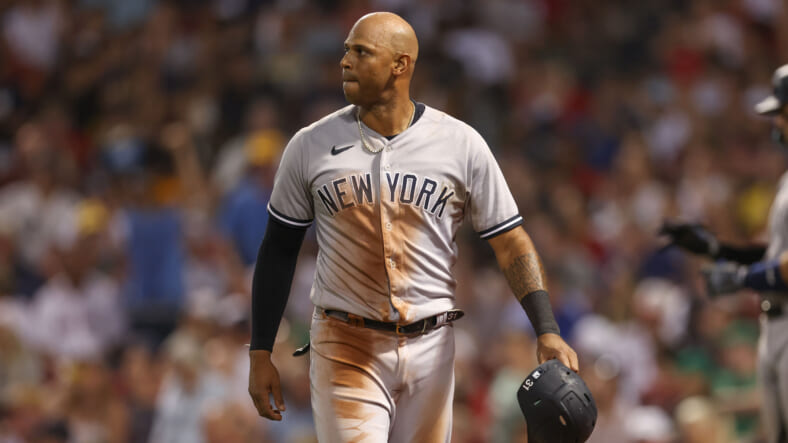 The Yankees’ brass are off to a fast start this offseason, with Brian Cashman quotes from the GM meetings flying about. Cashman answered questions on Judge returning, various players that people are wondering what the future holds for, and what the Yanks’ plan of attack is this winter. Sadly, some of the things he said aren’t having me confident at this very early moment in the offseason.

One thing that I am not excited about was that he was asked about what Aaron Hicks’ place on this team is, and sadly, it’s what you’d expect him to say.

Per a Sports Illustrated article written by Max Goodman, Cashman stated, “He’ll be back and healthy,” Cashman said during his end-of-season presser at Yankee Stadium earlier this month. “He’s signed under contract. He’ll come back and try to take and earn a position back and a place that we can count on. He does have the ability; we just weren’t able to tap into it consistently this past year, and I know he was frustrated by that.” I personally do not know what more the organization possibly needs to see on Hicks to finally cut the ties. He came into this season expecting a “30-30 year” and didn’t even finish with ten of each (9 HR and 10 SB).

Aaron Hicks shouldn’t be on the Yankees’ roster next season:

The one redeeming stretch for Hicks’ play this season was in June and July, when he, honestly, was one of the better players in the lineup. For a good two-month stretch, Hicks was putting together quality ABs and hitting for more power. He hit .260 with a .801 OPS over those two months, slugging five of his home runs with 24 RBI in a 49-game span. Then, from that moment on, it was as though the team was deploying a scarecrow to take the reps in Hicks’ position. His production fell off drastically, and from August 1 to October 6, Hicks bat .178 and slugged an embarrassing .263 to end the campaign. I have defended Hicks’ inability to perform well for a consistent period of time for too long now, and this season was the final go at a failed experiment.

Hicks is set to make $10.5 million this year, meaning that the team has a big decision to make. Him getting relegated to a bench role & not even being trusted with pinch-hit opportunities down the stretch makes me think that Cashman is just saying things to say things. I don’t think Hicks will return with the team, and there could be a trade in the cards.

Perhaps a team would want to take a project to work on, but Hicks is now 33 years old and has had injuries pop up in every season in pinstripes. Cashman spoke on the potential to trade Hicks and stated, “I wouldn’t say who I would be or wouldn’t be looking to move,” said Cashman. “I would give you the just general comment that we’re going to look to find any way possible to find ways to improve the roster, and if that’s dealing with exports or imports, or both, so be it.”

Still too early to listen-in on these quotes with too much confidence:

I know Yankees fans aren’t the biggest defenders of Hicks, and for right reason, his play doesn’t back-up his contract, nor the team’s unreasonably long leash with him. When players make mistakes and lose their spot in the starting lineup, usually the first thing we hear about them is not, “oh yeah, I’m expecting a big bounceback year for him.” Yet, here we are. As mentioned, this all just seems like filler to get through the offseason, as many recall last year, Boone and Cashman both famously said that Gio Urshela was the team’s starting shortstop, only for him to be traded the next morning.

It’s early days, everyone. Hopefully, there are tons of moves happening behind the scenes that will improve this team tenfold. Having Hicks as a starter in the OF, or even as a fourth OF, is not a championship contender type of move. It’s a move that shows stagnancy and the need for change. We’ll see how these next few months pan out, and if it all goes according to plan, Judge will be once more the man on campus.