Yankeesâ€™ Brett Gardner is fine with reserve role: â€˜I know what I signed up forâ€™ 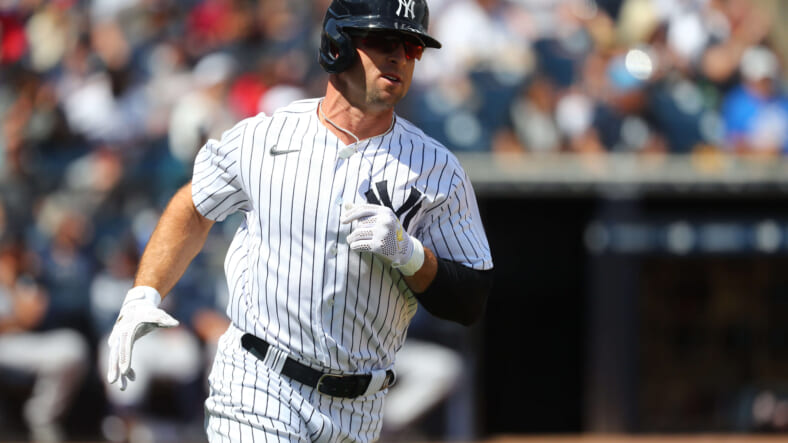 Brett Gardner has been with the New York Yankees for 16 years. He was drafted in 2005, honed his skills in the farms, and received his first MLB call-up in 2008. For 13 uninterrupted years, he has been a member of the Bombersâ€™ active roster.

And yet here we are, in 2021, and Brett Gardner is still a part of the New York Yankees. At 37 years old, he is still capable of contributing to a major league team, even if itâ€™s not as a regular. And the most important thing is that the outfielder himself understand his place in the organization at this stage of his career.

The Yankees have tremendous outfield depth, with Aaron Hicks, Clint Frazier, and Aaron Judge as the starters, plus Giancarlo Stanton ready to take the field if needed. Mike Tauchman or Jay Bruce could make the team as well. Yet, Gardner is still there, ready to help with his defense, baserunning, on-base skills, and even the occasional home run.

“For me, I still mentally and physically have to be prepared to play every day,” Gardner told MLB.com. “I know that if all of our guys are healthy, that’s probably not going to happen, which is fine. I know what I signed up for when I decided to come back here. I’m just excited to be a part of this team, and however often I play, I’ll be ready for it.”

Gardner can still help the Yankees

Despite a horrific start to the season last year and an ugly .223/.354/.392 line, Gardnerâ€™s on-base skills allowed him to grade as an above-average offensive performer, with a 110 wRC+ for the Yankees. Also, his bat seemed to wake up down the stretch and during the playoffs.

At this stage of his career, a reserve role is perfect for him, and he gets to stay in the only place he has called home in his big-league tenure: the New York Yankees.

“I think I can speak for the whole clubhouse and this whole organization that we’re happy to have him back in pinstripes where he belongs,” Judge said. “He’s a guy that needs to end his career here. He’s that important to me, the young guys we have on this team and all my other teammates. Even if he’s not on the field, he finds a way to impact the game.”