Yankees’ Boone excited to work with Dillon Lawson: “He’s had a strong impact on top prospects and fringe guys” 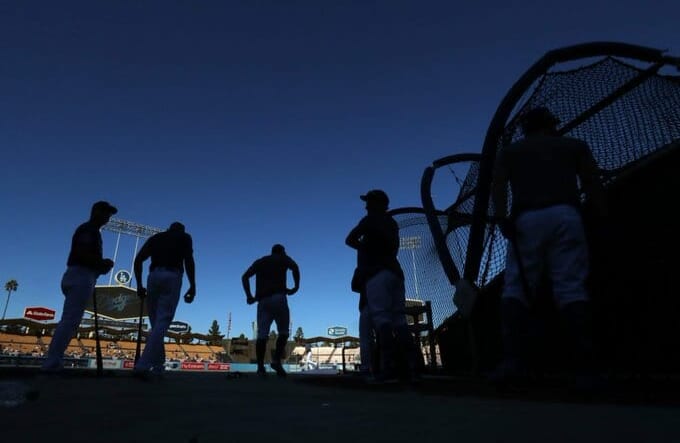 The New York Yankees made it to the American League Wild Card game in 2021, losing to their bitter rivals, the Boston Red Sox, and ending their season in a disappointing way. But truth be told, the early exit was expected, as the team could never get into a groove offensively, severely underperforming expectations on that end.

The Yankees, as a result, decided not to bring back hitting coach Marcus Thames for 2022. Other coaches were not brought back, as well. This week, the Yanks announce their new coaching staff, and made the rumors official: Dillon Lawson was promoted from within and will take over as the new hitting coach.

The Yankees promoted from within

Lawson was, since 2019, the Yankees minor-league hitting coordinator. Under his guidance, prospects such as Anthony Volpe, Oswald Peraza, Oswaldo Cabrera, and several others have broken out.

Yankees’ manager Aaron Boone praised Lawson when talking with the media on Wednesday, via Zoom.

“He’s had a really, really strong impact on our minor leagues,” Boone said, per NJ Advance Media. “Obviously taking over the hitting program from a player development standpoint, and some of the things he’s incorporated. We saw this year it really kind of took off post-COVID season, where really across the board all our levels were really dynamic offensively. He’s had a really strong impact on not only our top prospect guys but even some fringe guys. So he’s kind of earned his opportunity based on the quality of work we’ve seen from him and the impact we’ve seen him have on hitters.”

Lawson’s forte in the Yankees’ organization has been getting the most out of the players under his guidance. The team hopes he can enjoy similar success while working with the MLB hitters.