Yankees are finally getting All-Star slugger back 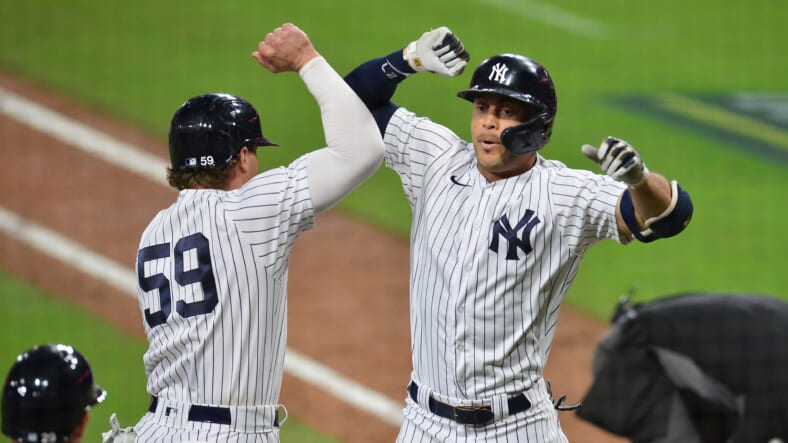 This week, the New York Yankees lost one slugger to injury, but gained one, too. First baseman Luke Voit will miss at least a few weeks with a Grade 2 right oblique strain, but designated hitter Giancarlo Stanton, who was nursing a left quad strain, is ready to return to the team.

In fact, the Yankees announced his reinstatement from the 10-day injured list, after he hit this week at Yankee Stadium.

The lineup hasnâ€™t been published yet, but Stanton will be available for Yankeesâ€™ manager Aaron Boone for tonightâ€™s game against the Detroit Tigers.

A rough time for the Yankees

It has been a rough week for the Yankees from an injury perspective. Not only they lost center fielder Aaron Hicks, presumably for the year, but they will also be without starting pitcher Corey Kluber for at least two months, as he will recover from a shoulder strain. He wonâ€™t be able to throw for four weeks.

Gio Urshela has been battling on-and-off knee soreness, while Clint Frazier was also banged up recently. Thatâ€™s why, for the Yankees, getting Stanton back is extremely important, as they try to catch the Tampa Bay Rays and the Boston Red Sox in the standings.

Before hitting the injured list, Stanton was having a very good season. He was able to leave behind a sluggish start that made some fans in Yankee stadium feel the need to boo him, and was hitting .282 with nine home runs, 16 runs, 24 RBI, and a .881 OPS.

The left quad strain ended up taking about two weeks of Stantonâ€™s season. The slugger worked on his conditioning, among other things, during the offseason with the objective of avoiding the injured list as much as possible.

The Yankees hope he can pick things right where he left them before hitting the injured list and be a constant middle-of-the-order threat they know he can be.