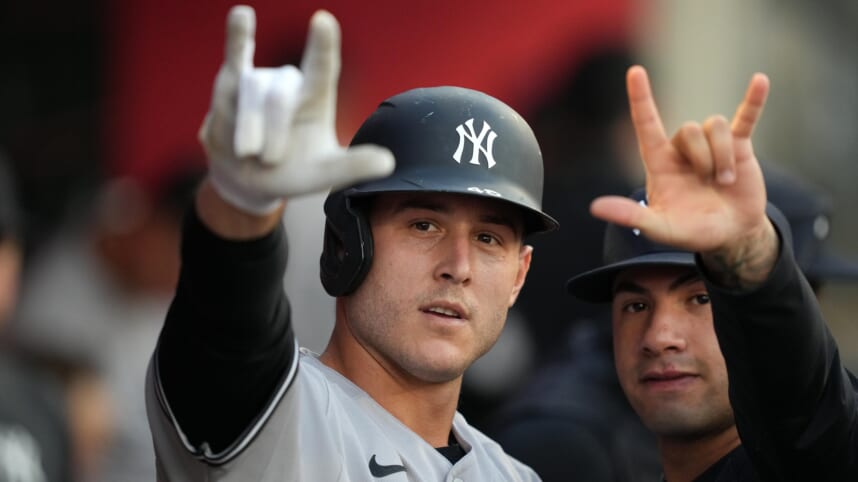 New York Yankees first baseman Anthony Rizzo signed a two-year, $32 million contract during last offseason. The second year, however, is a player option. Yes: the talented slugger could opt not to return in 2023 and seems to have every intention of testing the market again.

The thing with the 33-year-old Rizzo is that he played more than well enough this year to warrant a long-term commitment, and with that being the case, he has all the motivation in the world not to exercise his option and seeing if he can leverage his excellent 2022 into a two or three-year pact.

If that’s the case, then the Yankees should be more than willing to bring him back. They should try to limit the length of the commitment to a two-year deal, or a two-year contract with an option, but under no circumstances they should let him go to another team.

Losing Rizzo, who slashed a cool .224/.338/.480 with 32 home runs and a 132 wRC+ (100 is considered league-average performance, so he produced 32 percent more than his peers), would create unnecessary problems for the Yankees.

For starters, Rizzo was one of the few Yankees who actually produced in the playoffs. He was powerful, he drew walks, he is a clubhouse darling, fans love him, and he can play good defense at first base, and he is especially good at scooping bad throws from his fellow infielders.

The free agent class of first basemen has a 36-year-old Jose Abreu, the injury-prone Brandon Belt, the inconsistent Josh Bell, and not much more.

As fas as internal options to replace Rizzo, the Yankees could always move DJ LeMahieu to first base, but then they would lose positional flexibility. Additionally, they shouldn’t trade Gleyber Torres in that last scenario, and that’s something they are apparently seeking. There aren’t prospects near the majors considered shoo-ins to be above-average regulars at first base.

In the end, the Yankees should bet on Rizzo for a couple of more years, as his 2022 performance indicates there is still plenty of thump left in his bat.