Yankeesâ€™ Aaron Judge had an eventful night in the All-Star Game; declares himself ready for second half 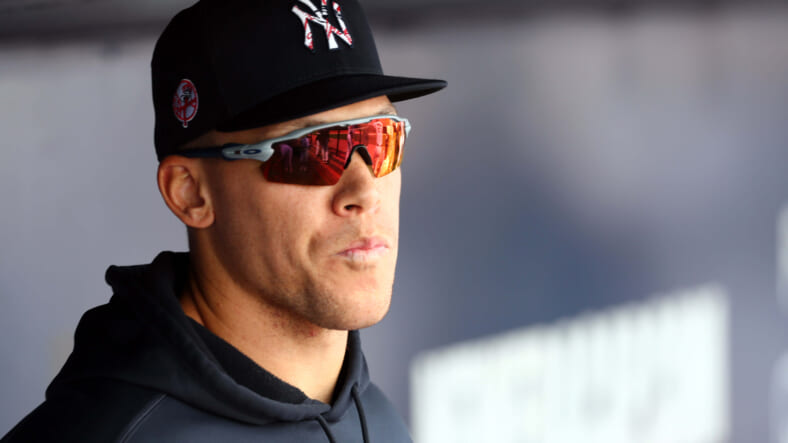 New York Yankees right fielder Aaron Judge had an eventful All-Star Game on Tuesday night. It was one of his goals: put on a show for the fans that voted him as one of the best players in the American League. And he delivered.

Judge, who has carried the Yankees offensively this season, was the sparkplug of the American League offense in a game they ended up winning 5-2.

Judge took a walk in the second inning to lead off things, raced to third base on a double by Rafael Devers, and then scored the first run of the night on an infield single by Toronto Blue Jaysâ€™ second baseman Marcus Semien.

The Yankeesâ€™ star got things going

The ALâ€™s cleanup hitter, Judge worked a four-pitch walk to open the second inning against the Brewersâ€™ Corbin Burnes, then dug for third base on a double by Rafael Devers of the Red Sox before scoring on an infield single by the Blue Jaysâ€™ Marcus Semien.

â€œFor me, you never know how many opportunities youâ€™re going to get like this,â€ said Judge, who finished 0-for-2, to MLB.com. â€œItâ€™s a blessing to be here, itâ€™s a blessing to represent the Yankees in an All-Star Game and be by my teammates, especially with the fans voting me in.â€

Judge also made a very nice catch at the warning track in the third frame, which had the look of an extra-base hit by Pittsburgh Piratesâ€™ outfielder Bryan Reynolds.

Bryan Reynolds thought he sent one out, but Aaron Judge covers some acres & says it was nothing but a little WTP????#AllStarGame
https://t.co/YB4ZcVooem

The third All-Star experience for the Yankeesâ€™ star is now finalized, and he can relax for a couple of days before jumping right into the fire for a crucial second half.

The Yankees open the second half against the Boston Red Sox.

â€œI donâ€™t know if Iâ€™ll ever come back to an All-Star Game; you never know what the future holds,â€ Judge said. â€œItâ€™s always a special honor to come here, spend it with my family and have some downtime to relax and rest, and get ready for the second half.â€