Yankees: Aaron Hicks ends his stint in the Dominican league with good sensations and acceptable numbers 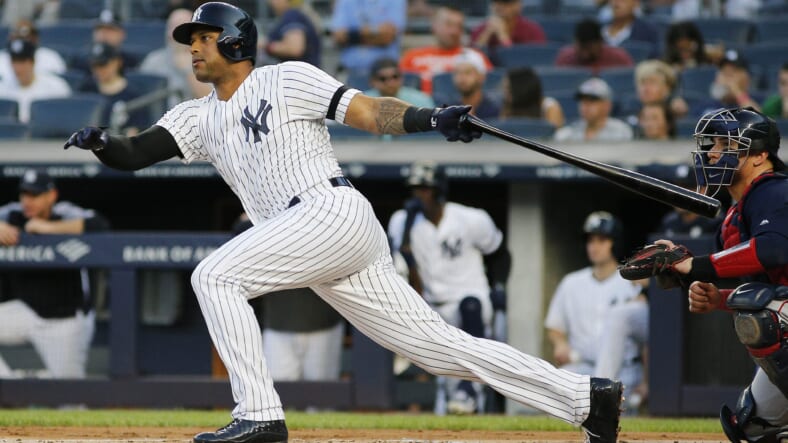 New York Yankeesâ€™ center fielder Aaron Hicks finished his stint with Leones del Escogido in the Dominican League (LIDOM), after completing the 50 plate appearances he was initially assigned by the Bombers.

In a strong pitching league (the average league OPS is around .640), Hicks held his own considering that he hadnâ€™t played competitive baseball since injuring his wrist in May. Overall, he was third in the team among players with at least 40 plate appearances with a .729 OPS.

More than the stats themselves, the most important takeaway for the Yankees is that Hicks made it through his winter experience healthy and in one piece. The 2022 campaign is a big one for him, as he will try to prove that he can still be the Bombersâ€™ starting center fielder. New York may or may not bring a capable outfielder to compete with him this offseason when the lockout ends.

The Yankees need him to find his 2018 form

He slumped badly in 32 games this year, with a .194/.294/.333 line and a 76 wRC+, and then injured his wrist: he suffered a torn left tendon sheath, forcing him to get surgery and miss the remainder of the season.

The Yankees wanted to see where he was at after missing such a high amount of games, and thatâ€™s why they sent him to the Dominican Republic, the most competitive Caribbean league. But he will need to have a strong spring training to dissipate any doubts about his future with the team.