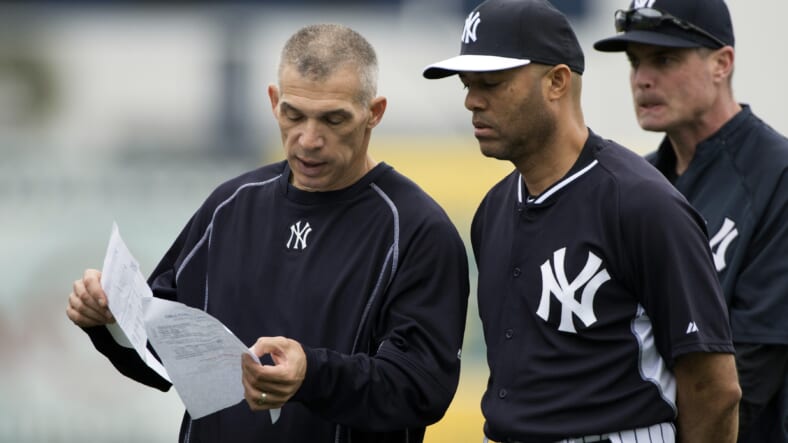 Former New York Yankee players have weighed in on the death of former General Partner and co-chairperson Hank Steinbrenner.Â  Mr. Steinbrenner passed away after a long illness on Tuesday.Â  Hank, the eldest son of George M. Steinbrenner, maintained his Yankee office at the spring training complex in Tampa, Florida.Â  Although he was seldom involved in the day to day operations, he was deeply involved in player negotiations, player development, and plotting the future of the Yankees.

Jackson reminisced on Steinbrennerâ€™s passing.Â  Reggie played for the Yankees from 1977-1981.Â  He was acquired by Hank’s father George M. Steinbrenner in one of the first big trades in baseball at the time.Â  That is when he first met Hank.Â  Since Reggie’s retirement, he has been a frequent guest instructor at the spring training complex in Tampa, Florida, where Hal maintained his office.

Jackson commented that he found Hank to be â€œvery generous, thoughtful, and respectful.â€ Jackson admired how Hank and his brother Hal worked together without jealousy for the benefit of the club.Â  Reggie expected Hank to run the team after the death of the “boss,” however, after the 2009 Championship brother Hal took the reins of the day to day operations.Â  Although he first met Hank in his playing days, they developed a strong relationship and friendship since then.

New York Yankee former relief pitcher Goose Gossage although being an annual attendee at the Yankee’s Old Timer’s day, he has had a simmering poor relationship with the Yankee front office. Gossage pitched for the Yankees between 1978-1983 and was another big-time player acquired by Hank’s father.Â  Gossage was installed into the Baseball Hall of Fame in 2008.

When Gossage spoke with NJ.com, he pretty much let out his displeasure with managing partner Hal Steinbrenner and general manager Brian Cashman.Â  Gossage remembered at the time of the “bosses” death, eldest son Hank was more involved in the day to day operations, and everyone assumed he would take over the club, but that didn’t happen as Hal gained control.Â  He pointed out that Hank was much more like his father, was public and outspoken.

â€œHal isnâ€™t like that. Halâ€™s a very private guy that was kind of thrust into that position of running the ballclub financially. And now â€¦ this is the way I look at the Yankees: Theyâ€™ve been a rudderless ship since Mr. Steinbrenner passed.â€

Gossage in his interview seemed to indicate the had the club taken a different course with Hank at the helm, the club would have been more fun to play for and would have had more championships then brother Hal and Cashman have brought them.

Joe Girardi both played for the New York Yankees and managed the team from 2008-2017.Â  Girardi brought the Yankees to their last World Championship in 2009.Â  Both as a catcher for the Yankees and as manager Hank Steinbrenner was a big Girardi supporter citing similarities to former manager Billy Martin.

â€œIâ€™m sure it helped me coming into being the manager of the Yankees because he loved the game,â€™â€™ Girardi said from his South Florida home about Steinbrenner liking him. â€œHank knew the game and he knew players. I think Hank kind of appreciated the way I went about my business as a player. Hank was someone you could sit around and talk baseball all day to, and I appreciated that, I really did.â€™â€™

What I saw from Hank was his love for the game more than anything else. That completely shined through with him,â€™â€™ Girardi said. â€œEven though I didnâ€™t see Hank a lot, I felt a connection with Hank because of his love of the game. And when he was around, that is all we talked about.â€™â€™

Hal Steinbrenner and Brian Cashman did not renew Joe’s managerial contract after the 2017 season, citing disagreements with players.Â  Joe went on to be a broadcaster for the MLB network, and during this offseason was selected to manage the Philadelphia Phillies.

Dr. Fauci, the director of the National Institute of Allergy and Infectious Diseases, and heâ€™s become the nationâ€™s foremost voice on COVID-19 updates.Â  He is often seen on TV nightly when the White House gives updates on the coronavirus and the steps being taken to slow the spread of the virus.Â  He has frequently been at odds with the administration, citing aÂ  more cautious approach to controlling the infection and keeping guidelines in effect.

Fauci and MLB have been in contact regarding the Arizona plan, where all 30 MLB teams would play the baseball season in isolation in the Pheonix area.Â  Many New York Yankee players have weighed in and have said although they are not in favor of the plan, if it’s the only way to get a baseball season in, they are okay with the idea.

He was informed that there would be no fans in the stands, and the players would be isolated in a hotel, only being allowed to travel between those hotels and those stadiums that games would be played in.Â  MLB would use Chase Stadium home of the Diamondbacks, which is a retractable roof stadium.Â  That and 10 minor league parks, along with some college stadiums, would be used to get the shortened season in.Â  Players would be spread out in the stands rather than using dugouts and would be tested throughout the season for the coronavirus.

In the same week that New York Yankee co-owner Hank Steinbrenner has died, the Yankees lost another former Yankee.Â  Domaso Garcia was signed by the Yankees in 1975.Â  He played in the minors through 1977 as a second baseman.Â  Garcia made his major league debut with the Yankees in 1978.Â  In 1979 he played in only 18 games when he and Chris Chambliss were traded to the Toronto Blue Jays.

Garcia went on to be a Silver Slugger and MVP nominee and became a two-time All-Star with the Blue Jays.Â  Garcia finished his baseball career with the Montreal Expos in 1989.Â  Shortly after that, he was diagnosed with brain cancer and was only given months to live.Â  He was treated and recovered to go on to run a baseball camp in his native Dominican Republic. Garcia’s cause of death was not announced.