Will the Yankees try again for Pablo Lopez? 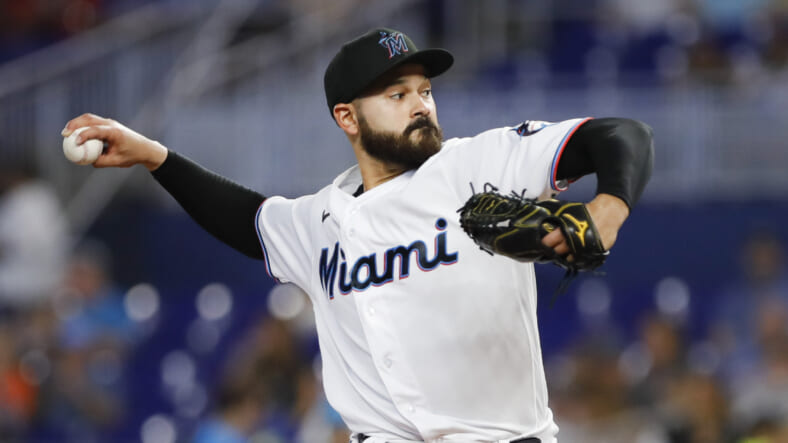 The New York Yankees have a lot to do this offseason. Priority number one is re-signing Aaron Judge. If they can do that, then they can start to attack the rest of the roster. One of the question marks for the Yankees is their starting rotation.

Now, in theory, they already have their rotation set for next year. Currently they have Gerrit Cole, Nestor Cortes, Luis Severino, Frankie Montas, and Domingo German. New York picked up the team option of Luis Severino for next year keeping him in the fold.

Frankie Montas is expected to be in the rotation as many don’t believe the Yankees ever saw him fully healthy. Maybe with offseason rest we will see a much better version of Montas in 2023. New York surely hopes they will.

That fifth spot in the rotation is a bit of a question mark. It would be easy to say that the Yankees should roll out Domingo German or even Clarke Schmidt. They are already in the fold and don’t cost much to fill up the back end of the rotation.

Yankees and Marlins to do business?

The Yankees were in the red zone on deal for Marlins starting pitcher Pablo Lopez at the deadline last year. Some have said that the sides believed that the deal would get done. The main pieces would obviously involve Lopez and going back to Miami would be Gleyber Torres.

However, the Marlins backed out of the deal at the last minute. Lopez had a strong year with Miami going 10-10 with an ERA of 3.75. He went through a rough stretch in the second half due to some fatigue, but this is a man who pitched to a 1.83 ERA in his first ten starts for the Marlins last season.

He’s only 26-years-old and the Yankees are a big fan. Jon Heyman reported this morning that Lopez would once again be on the trading block this offseason. The Marlins are seeking hitters and New York has options in terms of making a deal happen.

Time will tell, but I fully anticipate the Yankees jumping back in the Pablo Lopez market. When the deal fell through at the deadline, I said I expected the two teams to revisit in the winter and I believe we are heading in that direction. Now, other teams will come calling so this isn’t just a New York – Miami discussion. However, New York will be in those talks.