Why the Yankees might have struck gold with Jameson Taillon 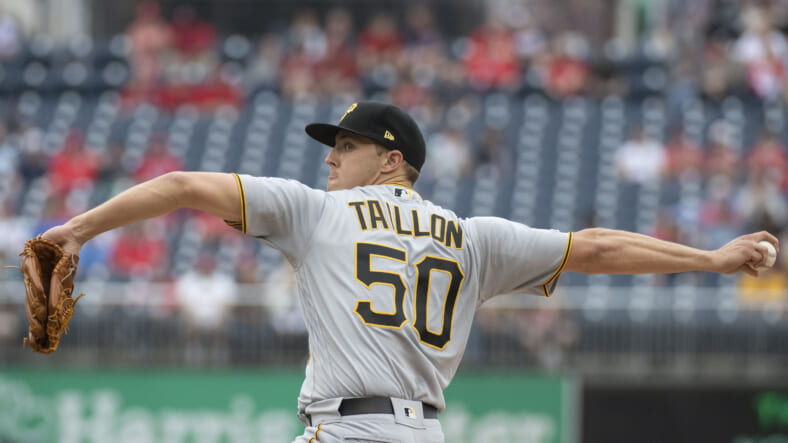 New York Yankees general manager Brian Cashman acted like a hibernating bear for the first half of the hot stove months, but he has awakened with a vengeance, hungry for pitchers. Recently, he struck a deal with the Pittsburgh Pirates to add a starting pitcher to their rotation.

Taillon, who is close friends with Yankees ace Gerrit Cole, was likely a product of Coleâ€™s influence. Having spent their early years together in the Piratesâ€™ farm system, there is no doubt that Garrett has great things to say about Taillon and what heâ€™s capable of accomplishing. In fact, this duo can work off each other extremely well, as Jameson continues to improve and change some of his core fundamentals.

However, the former Pirate is ecstatic to make the move to the Bronx, where he is now preparing to feature on a contending team rather than a rebuilding one.

â€œOvernight, I went from a rebuilding organization to a team like the Yankees, where Iâ€™m stepping in and the only thing they care about is to win,â€ Taillon said, Per Bryan Hoch of MLB.com. â€œThat has kind of lit a fire under me, so Iâ€™m extremely excited to throw, excited to build up for Spring Training.â€

The Yankees will do everything in their power to help Jameson become the best starter possible, but heâ€™s already shown flashes of quality in the past. While he is recovering from Tommy John surgery, having missed the entire 2020 season, his most recent large sample size came in 2018. He finished with a 3.20 ERA over 191 innings, and recorded a career-high 3.9 WAR.

Taillon has suffered through two Tommy John surgeries during his career, primarily due to his pitching fundamentals, utilizing too much arm and not enough leg.

â€œI’m focused on a hip-hinge movement, which gets your glutes involved,â€ Taillon said. â€œYou hear as a kid, â€˜Throw with your legs,â€™ so I had never been properly taught what that really meant. Now Iâ€™m activating my legs in a way that takes some pressure off my arm.â€

By using more of his legs, he will likely take some pressure off his arm, mitigating concern for injury. It could also add a bit of velocity to his pitches, with his fastball averaging 95 mph.

â€œAs far as health goes, Iâ€™m feeling great. Iâ€™m ready to roll,â€ Taillon said. â€œAll my bullpens have gone extremely well. Everythingâ€™s on schedule for me. I think I can contribute. Iâ€™ve put a lot of work into my rehab to put myself in a position to contribute to a team like the Yankees, so Iâ€™m confident that Iâ€™ll be ready to go.â€

One of the major reasons the Yankees took a chance on Taillon is because of his recent health updates. His bullpen sessions are going well, and he seems to be on track to make a return for Opening Day. He will likely slide in behind Corey Kluber in the rotation, and if the top three pitchers (Cole, Kluber, Taillon) can remain healthy, the Yankees will have a dominant starting rotation.