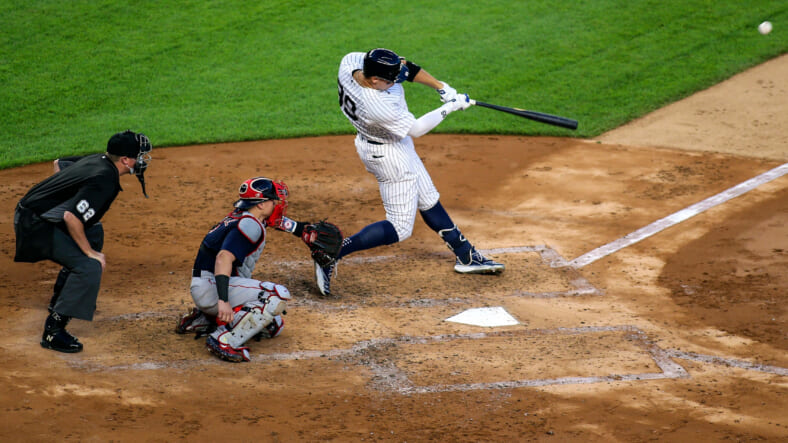 The New York Yankees are advancing to the ALDS after a 10-9 victory over the Cleveland Indians this past week. The highlight of the series has to be the Yankeesâ€™ ability to put up runs. New York didnâ€™t have as much success in the regular season because of their inability to play from behind. However, the Yankees overcame several lead changes and found ways to get on base in game two.Â

In the Wild Card round, New York led the pack in offense and hit a lot better than their opposing AL teams. They had more home runs, hits, and runs scored than any other AL team in the first two games of the WC round. In total, they hit seven home runs, had twenty-three hits, and scored twenty-two runs. But now the Yankees have a much bigger task at hand.

Against the Rays this year, the Yankees have been dreadful. They have been outscored 47-34 and have a 2-8 record overall. From the naked eye, it looks like this series could get ugly. However, even though they have faced each other ten times, the Rays have only faced a healthy Yankees lineup twice. In those games, the Rays were outscored 8-5 by the Yankees. Nothing about that is necessarily eye pooping but the Raysâ€™ dominance over New York has been without the Bombersâ€™ best lineup.Â

Blake Snell will likely pitch game one and if youâ€™re a Yankees fan that is concerning. Snell hasnâ€™t been as good as his Cy Young self this year but against the Yankees he certainly has. Snell has given up only three runs on four hits against New York. Plus, Tampa Bay has been very good against Gerrit Cole as well. The stakes are higher in the postseason and Cole did have a very good first start in the playoffs but he is going to be facing a much better offense in the Rays.Â

Why this series is a MUST watch:

All of those statistics could give you an idea of what the series might look like. But when you have division rivals like this, anything can happen. Nonetheless, these teams have beef. This series will be very intense. If you donâ€™t know, both of these teams donâ€™t like each other very much. It started when Snell came out and said that the Rays party â€œextra hardâ€ when they beat New York. The Bombers didnâ€™t take that well. Since then the Rays have been fired up because the Yankees have intentionally hit them. Or, so they say. Then Kevin Cash (Rays manager) warned the Yankees that he has a stable full of guys that throw 98+ mph. Furthermore, when Tampa clinched the division, the players were wearing shirts with a stable of horses on them and hats that read â€œ98ers.â€ If youâ€™re the Yankees that should make you mad.Â

This matchup has been long-awaited and hoped for by baseball fans since their last meeting. New York and Tampa Bay will face in the ALDS as both teams look to continue their World Series hopes. Tensions will be high in this MUST watch series.