What will Jordan Montgomery’s Role be if the New York Yankees Sign a Top Pitcher? 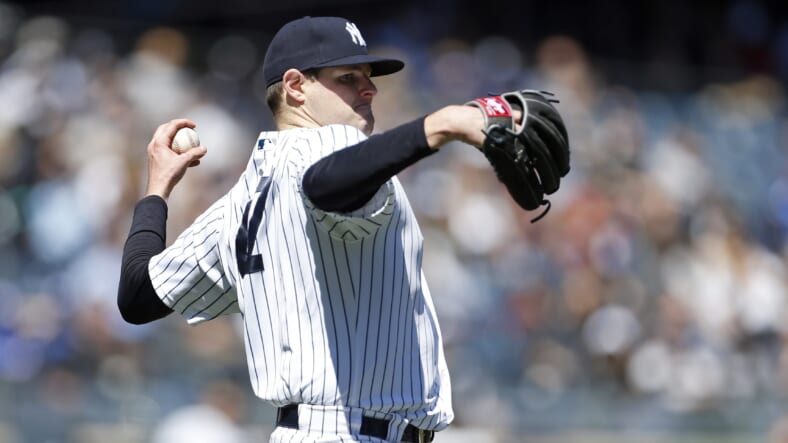 Jordan Montgomery, a pitcher for the New York Yankees, is expected to be at full strength on the mound next season, after recovering from Tommy John surgery. He has only appeared in eight games the last couple of years (Baseball-Reference), so it will be interesting to see how Boone and new pitching coach Matt Blake use him.

The tall lefty impressed the organization in his rookie season and still has time to reach his top potential. Montgomery went 9-7, with a 3.88 earned run average in 29 games, and recorded 8.3 strikeouts per nine innings (Baseball-Reference). He is more of an old-fashioned pitcher by the way he mixes pitches to keep batters off balance. Even though his velocity is below average, he makes up for it with his two-seam, changeup, and curveball mix.

Montgomery’s Expected Role to Start the Next Season

In recent news, the New York Yankees are among the top three candidates to land Gerrit Cole this offseason. With Cole in the rotation, the Yankees top options for the rotation would most likely be James Paxton, Luis Severino, Domingo German (assuming he does not receive a suspension), and Masahiro Tanaka, leaving Jordan Montgomery and J.A. Happ out of the rotation. There is also a possibility that Happ will be on the move this offseason, meaning Â Montgomery. could fill in as a sixth starting pitcher.

Yankees manager, Aaron Boone, will probably have Montgomery in a long-relief role to start the season and monitor his progress as time goes on, especially if Happ stays. He may have a role similar to Nestor Cortes Jr. or Stephen Tarpley as well, who appeared in long relief and sometimes, threw to only one lefty hitter.

Trading Montgomery is not a viable option for the Yankees right now. He does not have much worth and his durability is now in question. However, he still has a lot left in the tank and can contribute to Yankees’ wins in whatever role he is assigned.