What is going on with the New York Yankees’ offense? 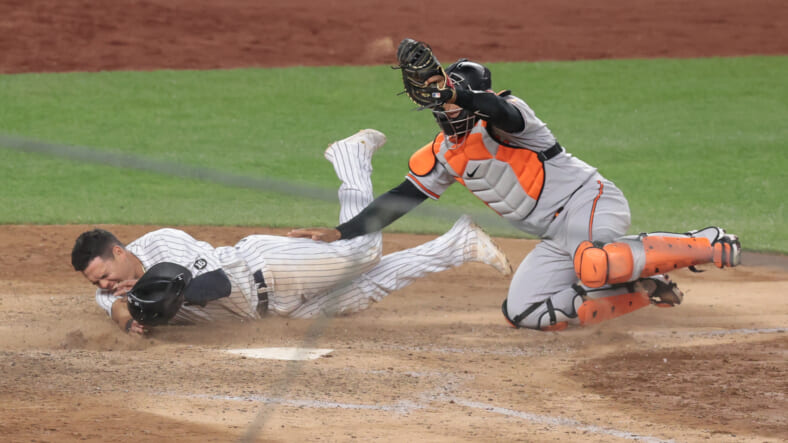 The Yankees are 5-6 to start the 2021 season. Their pitching has been great, but their offense has been a disappointment. As a team, putting runs on the board hasnâ€™t been an easy task. Most experts around the league view this offense as one of the best in the league. Thatâ€™s why watching them struggle is such a frustration. The constant lack of run support has been the Yankeesâ€™ number one problem thus far.

The Yankeesâ€™ loss to the Blue Jays was another terrible performance offensively. The inability to get anything done early on gives pitchers little to work with. Most recently, Taillon struggled to get outs. He was able to get ahead in many at-bats but couldnâ€™t finish. His inability to string together outs caused his start to last less than four innings.

New York was faced with a five-run deficit heading into the fifth. Again, there was no answer offensively. The Yankees ended up being down 6-0. Finally, in the 7th, the Bombers were able to get on the board. A ground out from Odor with men on second and third gave the Yanks a run. Then in the 8th, the Yankees started to rally. Stanton was up with two men in scoring position and ripped a 120mph single up the middle. That shortened the lead to three. Judge flew out, and Sanchez walked. Hicks was up with men on first and second. A passed ball allowed Stanton to get to third. However, Sanchezâ€™s hesitation on the base paths led to him getting caught in a rundown to end the inning.Â

The Blue Jays responded with a run of their own with no response from New York in the ninth. Another disappointing performance offensively led to a Yankees defeat.Â

A killer for the Yankees so far this year has been the mass amount of double plays. Theyâ€™ve hit into a league-leading thirteen double plays. That alone is very concerning. It is an extreme momentum killer.

The Yankees will look to snag a series victory over Toronto tonight at 7:07 pm EST. Corey Kluber will be on the mound as New York will look to get things going offensively.Â