What Have We Learned From The New York Yankees’ 2018 Season 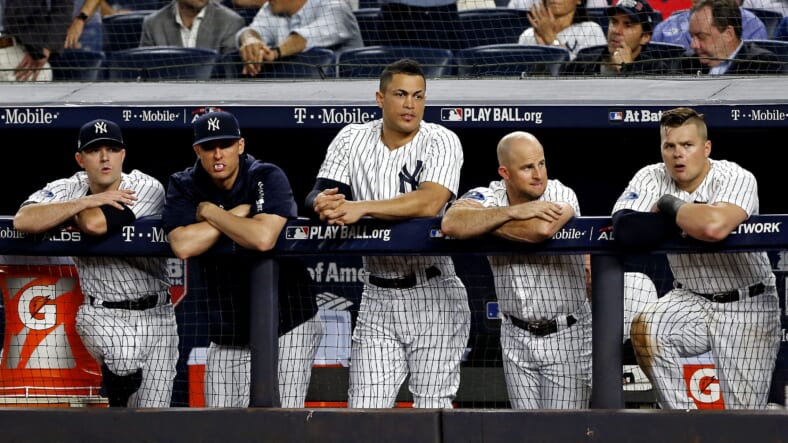 The 2018 New York Yankees. Put it in the books. Season over.

Expectations were high for this group as the 2017 team overachieved and led fans on an unexpected wild ride all the way to Game 7 of the ALCS.

With the addition of 2017 NL MVP, Giancarlo Stanton, it seemed to many that 2018 would be the Yankees year. However, pitching was not addressed in the off-season by GM Brian Cashman with questions among his starting staff going into the season.

Add in a rookie manager in Aaron Boone and a precarious start, going 9-9 in the team’s early going and being 7 games behind the Red Sox, it looked like disaster looming in the Bronx.

The team would then pick it up and go on a 17 of 18 game winning streak in April, amassing the best record in MLB at 26-10. Had the Bronx Bombers returned to greatness?

There were definitely high points that MLB may never see again, such as the team breaking the home run record set by the Seattle Mariners. Didi Gregorius breaking the RBI record for a shortstop with 8 in a freezing cold early season game in the Bronx.

The emergence of Miguel Andujar, who just may win the AL Rookie of the Year award this year, and his teammate Gleyber Torres. Who could have predicted the impact the pair would have on their team?

The night when Stanton cemented his place in Pinstripes with his first walk-off on June 20.

Interesting times such as the brawl at Fenway and in Houston when Giles punched himself in the face after the Sanchez go-ahead homer in the ninth inning.

Head-scratchers too. Losing to teams such as the Orioles that were on baseball’s less than elite list. The rocky play of catcher Gary Sanchez who continued to struggle in all phases of his game. Aaron Judge being sidelined for the better part of the second part of the year with a fractured wrist.

The regression of Yankees ace Luis Severino, who faltered badly in the second half of the season.

Getting past adversity is in the game of life as well as baseball. Why they play a 162 game season. The 2018 New York Yankees were able to win 100 games for the first time since 2009 in spite of injuries, rookie players, and a manager who had never been in the position previously.

Did they produce up to expectations? Some say yes, some no. However, even though it ended too early to many, lessons were learned and building blocks set in place for the future. Boone gained a year of experience, as did the entire team. They had unbelievable highs and rocky lows.

We’ll see what additions Cashman makes for the 2019 team but a sound core is in place going forward. Adversity taught the 2018 team much. The bright times showed them that the sky is the limit.

2018…just the beginning of something very special in Yankee baseball. Bring on 2019!