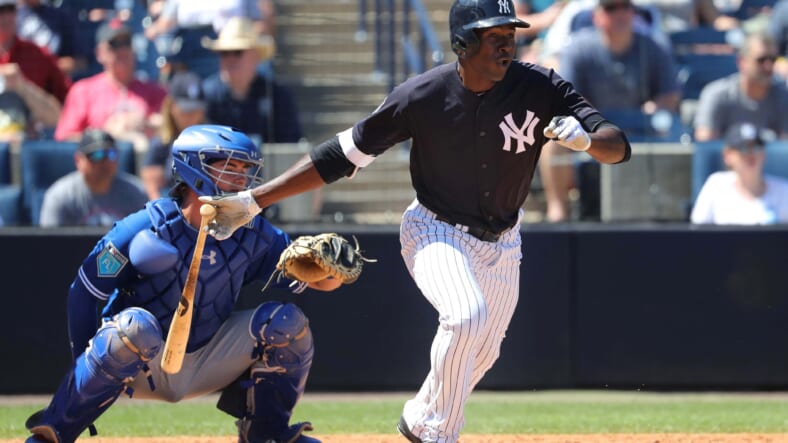 The 2020 season for the New York Yankees will require a bit of creativity from the coaching staff, specifically manager Aaron Boone and pitching coach, Matt Blake.

With the departure of both Dellin Betances and Nestor Cortes Jr., the bullpen will be a tad thin, meaning a prospect could be pulled up to compensate on the back end. The signing of Gerrit Cole and return of Jordan Montgomery should supplement any bullpen deficiencies, and that’s likely what Boone is thinking after using his relief arms heavily in 2019.

Having Severino, Montgomery, Cole to add as starters will take the pressure off the bullpen, but the group will still need to have plenty of talent in case they’re called into action in an expanded way.

That’s where Michael King enters the mix. At 24-years-old, King finished last season in the minors with a 3-2 record, 5.48 ERA, 46 innings, 11 games, eight starts, 44 K, 10 BB, and 47 hits. Spring training will give us an idea of whether King or Deivi Garcia deserves the nod, but I imagine the older of the two (King) will feature in a small role in the big leagues moving forward (he’s a projected back-end starter). The Yankees’ prospect isn’t a hard-throwing pitcher, but he has excellent accuracy.

The other prospect who could play a reserve role is Estevan Florial, who has suffered through injuries the past few years. During spring training of last year, Florial broke his wrist, which forced him out after a promising start to the season.

The Dominican Republic-born center fielder has it all — strength, speed, defensive prowess, power, mental awareness, etc. At 22-years-old, Florial has plenty of time left to reach his potential and begin to tap into the natural talent he contains. However, it comes down to remaining healthy.

If Estevan can survive the spring without picking up any injuries, the Yankees could consider him as a reserve option in the outfield during the 2020 season. Allowing him to prove himself at the top level has been a long time coming, but if he requires more time in the minors, he has the time to burn.

With Aaron Hicks set to miss a significant chunk of the 2020 campaign recovering from Tommy John surgery, the Yanks have Mike Tauchman, Tyler Wade, and Clint Frazier as reserves. Don’t be surprised to see Florial make a jump into that backup unit if he shows out this spring.