Two up, two down: Yankees lose two valuable relievers, but a couple of rehabbing bullpen pieces could return soon 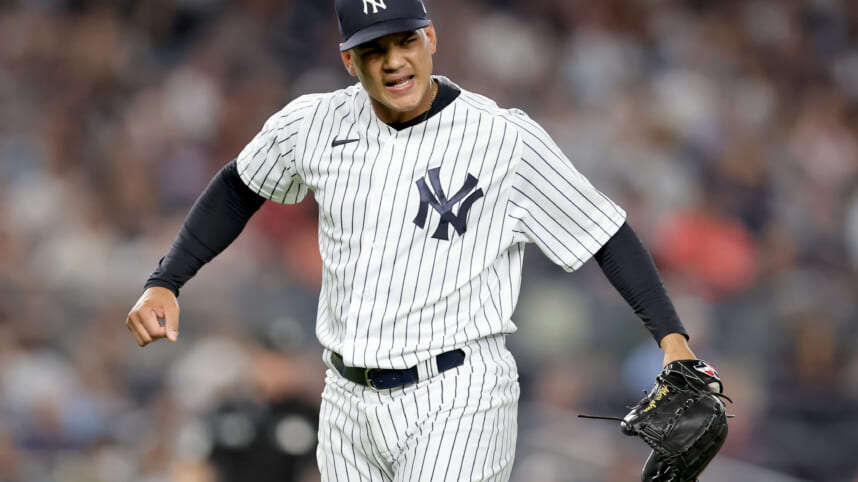 The New York Yankees‘ bullpen is perhaps their most important unit with an eye on the postseason. Their starters are stable, the offense is improving: the relief corps, however, have been somewhat inconsistent in recent weeks.

Injuries and unexpected underperformers have affected the bullpen in the second half. Friday was a crucial day for injured relievers on the Yankees, because two pitchers currently on the IL could be ready to return soon, and two active hurlers will be placed on the list again.

Clay Holmes went down again, with a right shoulder strain. The hope is that he can be ready for when the Yankees take the field to play the American League Division Series, but it’s definitely not a given and will depend on his progress.

A pitcher that had spent just days on the active roster, Zack Britton, is also going to the injured list with left arm fatigue.

This move probably ends Britton’s chances of making the postseason roster for the Yankees unless he can make a miraculous recovery in the next few days.

Not everything is bad news for the Yankees’ bullpen, however. According to Chris Kirschner of The Athletic, manager Aaron Boone “said Stephen Ridings will not be available for the Yankees. Albert Abreu and Miguel Castro are good to go if needed.”

Not seeing Ridings back this season is certainly a bummer, as he impressed last year. However, it’s good to know that at least they can have Abreu and Castro back.

Wandy Peralta, recovering from left thoracic spine tightness, tossed from a bullpen mound on Sept. 29 and will do so again on Oct. 2. He could be activated for the series against the Rangers.

The state of the Yankees bullpen is in a state of flux at the moment: injuries are still occurring, but other pitchers are getting healthy. Can the Yanks overcome this situation?