This Yankeesâ€™ slugger has a clear goal: Make the All-Star team 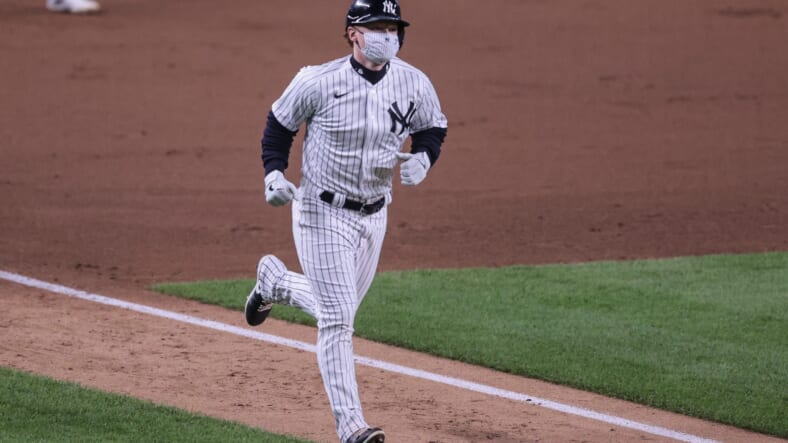 During the 2020 season, New York Yankeesâ€™ outfielder Clint Frazier improved a lot as a ballplayer. He made some adjustments in his stance and approach, he showed a lot more patience, and he was a Gold-Glove finalist. Few talent evaluators had Frazier capable of being an OBP machine, yet he slashed .267/.394/.511 in the short 2020 season.

What is the Yankeesâ€™ slugger primary goal this time around? Showing that he can maintain a similar level over the course of a full, 162-game season. It wonâ€™t be easy, as pitchers adjust and find holes in breakout hittersâ€™ swings. But he is determined to do it.

“The goal is to be an impact player, one that shows what I can finally do over the course of 162 games,” Frazier said in a Zoom call with reporters, per SI.com. “I have goals in my head of what I want to accomplish and I do think that they’re pretty fair goals. If I accomplish those, I do think that there’s a good chance that I could find myself on the All-Star ballot if I produce the way that I hope that I can.”

The Yankees know what Frazier is capable of

If given a full slate of at-bats, which is the Yankeesâ€™ plan entering the season, Frazier could be capable of hitting 30 home runs, driving in 100 runs, and boasting his much-improved eye at the plate.

In just 39 games for the Yankees, Frazier hit eight home runs and had 26 RBI. The improvement he showed as a fielder was equally impressive, perhaps more.

He hasnâ€™t had a particularly good spring, but the same can be said about a lot of his Yankeesâ€™ teammates, and most of them will be fine when the season rolls.

Last seasonâ€™s performance was enough for the Yankees to name Frazier the starting left fielder. General manager Brian Cashman and manager Aaron Boone have praised him since last yearâ€™s transformation.

“It made me feel like I was a part of the team more because I’ve been the guy that’s trying to crack the lineup every opportunity that I can,” Frazier explained. “For both those guys to say the things that they said out in the public, it definitely made me feel a sigh of relief.”