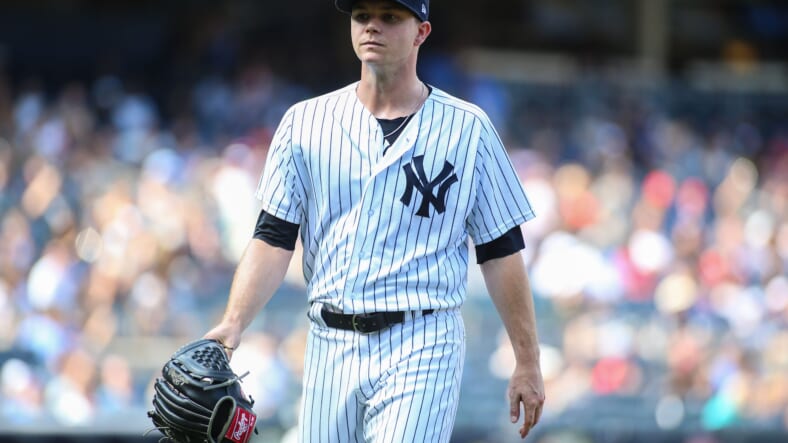 Flashback to 2017 when the New York Yankees traded with the Oakland Aâ€™s for starting pitcher, Sonny Gray.

Gray had started off his career with Oakland on a dominant note, with 2016 being an exception when he posted a 5.69 ERA. That was following an All-Star selection and ranking third in Cy Young voting with a 2.73 ERA and two shut outs in 2015.

However, when he joined the Yankees, they anticipated Gray bringing his A-game, but that reality did not occur. His first full season with New York ended up being a 4.90 ERA campaign, where he allowed 14 homers and struck out 123 batters over 30 games.

The Yankees allowed Gray to walk in free agency following the 2018 season when he signed a three-year, $30.5 million deal with the Cincinnati Reds. The short porch in right field was Gray’s worst friend, but he backed up his porous campaign with a 2.87 ERA in 2019 with the Reds. He allowed three more home runs in the year before over 45 more innings, but also struck out 82 more batters.

Sonny Gray is dominating once again

Fast forward to the present day and Sonny is scheduled to be the Opening Day starter for the Reds when they host the Detroit Tigers on July 24. The former Bomber’s comeback is officially complete after 1-1/2 seasons of disappointing play in the Bronx. When general manager Brian Cashman traded for him from Oakland, he hosted a career average 3.42 ERA.

That number skyrocketed during his tenure with the Yankees, and the Yankees dumping him in free agency was a good move considering his lackluster performance. The Yankees traded away outfielder Dustin Fowler, right-hander James KaprielianÂ and shortstopÂ Jorge Mateo.

Despite his loss, the Yankees supplemented him with James Paxton, J.A. Happ, and a bevy of relief pitchers to hold over the starting rotation. Gray’s health history is a major bonus for him, as the Yankees have struggled to remain positive in that category with our current starters. Unfortunately, pitching in the Bronx is not for everyone, and Sonny has undoubtedly turned his career around in Cincinnati.

â€œThereâ€™s no denying the fact that Sonny has stepped up,â€ Reds manager David Bell said, per NJ.com. â€œHeâ€™s a leader. He sets a great example. We couldnâ€™t ask for a better option to set the tone for the season and for our rotation.â€