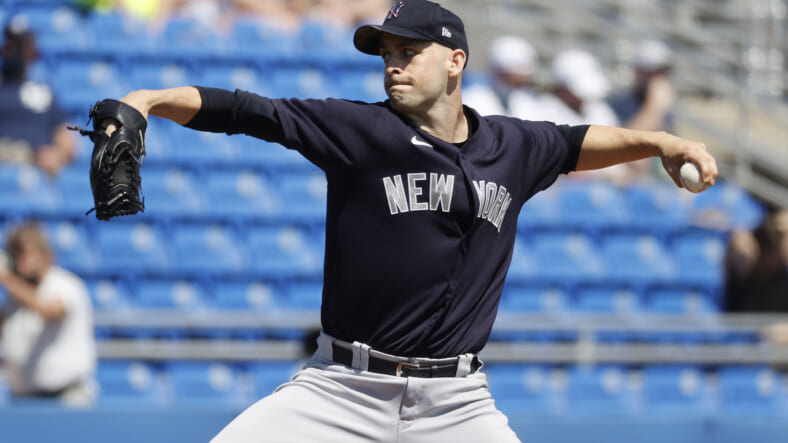 As the New York Yankeesâ€™ spring training comes to an end, more than a month of roster battles is also approaching the finish line. There are 26 players that will be on the team when the Bombers face the Toronto Blue Jays this week, and the team has decided on 25 as of Tuesday morning.

Brian Cashman, the Yankeesâ€™ general manager, explained yesterday on a conference call that reliever Michael King and utility infielder Tyler Wade have made the roster, and that there is one remaining decision to make.

“Tyler Wade is on and Michael King is on. That puts us at 25, and we have a 26th and final decision. That will be made here at some point but probably not [Monday]. Basically, it’ll be who is going to replace [Justin] Wilson once he’s officially [on the IL].”

The Yankeesâ€™ GM also announced that Derek Dietrich and Robinson Chirinos will be joining the organization in minor-league assignments, while they also released Jhoulys Chacin.

Will the Yankees give Luetge a chance?

At this point, Lucas Luetge is seen as the favorite to land the remaining spot in the roster. Not only is he a reliever like Wilson, but he is also a left-hander, which comes in handy.

Luetge increased the spin rate on all of his pitches and looked very good during Grapefruit League play, so he has a leg up in the Yankeesâ€™ final spot competition.

Speaking of Wilson, Cashman confirmed he wonâ€™t be ready to start the season. “Wilson is going to start the season on the [IL]. He’s doing really well, but it’s one of those circumstances where we mapped out getting him his bullpens, and now his live sessions. So that’ll bleed into the start of our season. Physically he feels like can go, but in terms of making sure we got him fully finished off, we’re not going to let Opening Day dictate that.”

Jay Bruce will cover for the injured Luke Voit in first base until May.