The Yankees might do the unthinkable this offseason, land a star shortstop 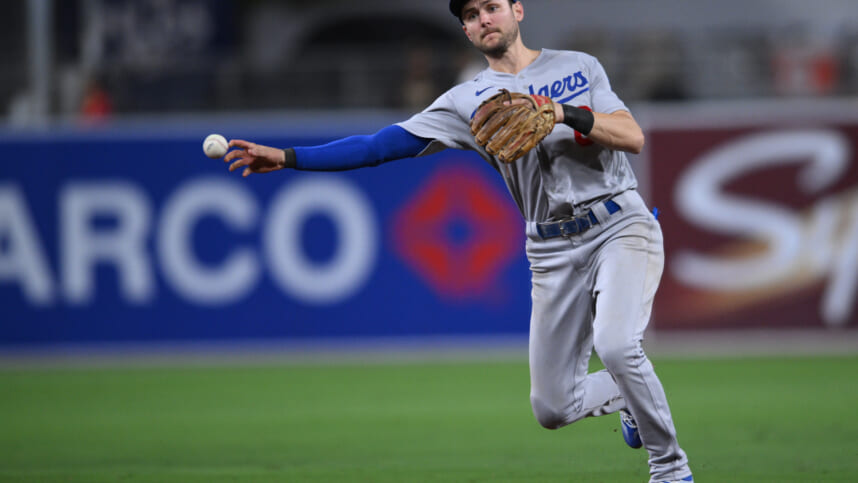 Oct 14, 2022; San Diego, California, USA; Los Angeles Dodgers shortstop Trea Turner (6) throws to first for an out in the seventh inning against the San Diego Padres during game three of the NLDS for the 2022 MLB Playoffs at Petco Park. Mandatory Credit: Orlando Ramirez-USA TODAY Sports

The New York Yankees might be waiting on superstar slugger Aaron Judge to make a decision, but that doesn’t mean they’re going to wait idly by while free agents are plucked off the market. In fact, owner Hal Steinbrenner suggested the opposite — he would be aggressive while negotiating with Judge on a new contract extension.

However, Judge’s deal will undoubtedly take up a significant portion of the team’s financial capacity, with about $66 million remaining until they reach their 2022 projected total payroll. General manager Brian Cashman may have the green light to push beyond that, especially after fans booed Steinbrenner and questioned his commitment to the team financially.

“Honestly, my budget for Judge is going to be what it’s going to be and what I feel like we can do,” Steinbrenner said. “It’s not limitless, obviously. … In my opinion we’re going to be able to sign Aaron. That’s not going to stop me from signing other people. Some guys are going to come off the board sooner than others, and if it’s somebody we need or feel we need then I got to make the decision to continue improving the club and not hold back until we figure out Aaron.”

The Yankees are desperate for Judge but won’t stop being aggressive:

It is quite clear that the Yankees desperately want Judge back, coming off a historic season hitting .311 with a 42.5% on-base rate, 62 homers, and 131 RBIs. He featured a 15.9% walk rate and 25.1% strikeout rate to go with a career-high 207 wRC+. In other words, there’s no replacing Aaron on the FA market, so retaining him is the only option for a Yankee team that was carried by his offensive contributions during the second half of the season.

Despite that, the Yankees still face questions in their infield, notably at shortstop and at third base, if the team tries to offload Josh Donaldson‘s $21 million salary for the 2023 season. If they manage to move his financial commitment, the Yankees could consider reallocating that money toward a star shortstop, or at the very least, a stopgap until Anthony Volpe is ready to take over the position.

Offensively, Turner is a beast but has struggled during playoff games — a 43-game sample size in the postseason. However, he’s a premium defender, posting a .969 fielding percentage with 16 errors over nearly 1,400 innings this past year for the Dodgers. He’s capable of playing second base as well, which is where the Yankees may end up moving him if they were to go in that direction.

Turner is projected to land an eight-year deal worth $264 million, earning $33 million per season. That number could go both ways, but it would undoubtedly take up a significant portion of the Yankees’ financial flexibility.

With that being said, Turner seems to be more of an alternative to Judge than an addition, but it seems clear that Steinbrenner heard the complaints of the fans and saw the defensive liabilities that Cashman produced at the shortstop position last off-season.