The Yankees may have a new super utilityman on the roster 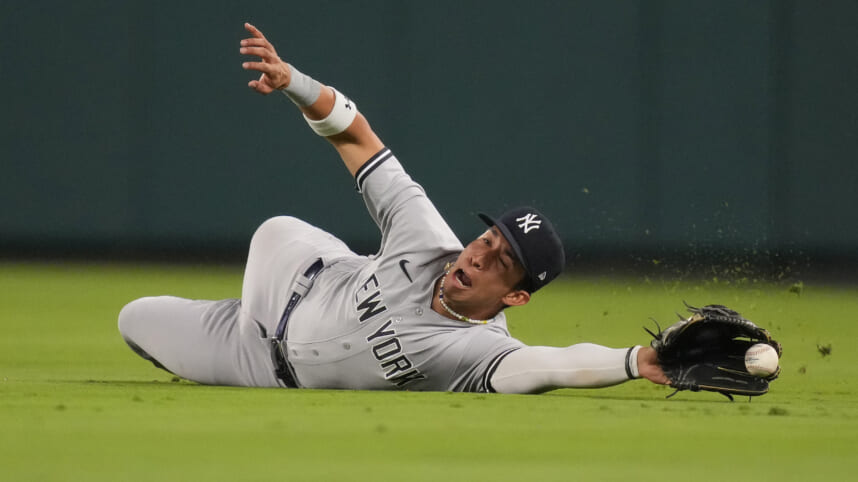 In today’s baseball, it’s very important to have versatility: managers like to deploy several defensive alignments and lineups, and if they have players who can field multiple positions successfully, their job will be much easier. The New York Yankees, fortunately, have this on their roster.

DJ LeMahieu is an asset at three infield positions, and Isiah Kiner-Falefa can theoretically play third base, shortstop, and catcher in a pinch. None of them, however, is more versatile with a glove on his hand than rookie Oswaldo Cabrera.

Despite a poor showing in the 2022 postseason, we all witnessed what Cabrera can do if given the chance to play every day during the regular season, particularly after he settled down following a lousy start in August.

The Yankees’ young slugger received 171 plate appearances and hit .247/.312/.429 with six home runs and a 111 wRC+. That last number tells us he was an above-average offensive performer.

Perhaps more importantly, Cabrera showed the Yankees and the whole world that he can be an asset defensively. In just over 200 innings in right field, he accumulated nine (!) Defensive Runs Saved, or DRS, even though he is a natural shortstop.

Cabrera gives the Yankees solutions and is an excellent option as a super-utility player, a la LeMahieu but with the ability to play the outfield corners. He can be a good defender at shortstop, first base, second base, third base, left field, and right field.

If the Yankees trade Gleyber Torres, they could deploy LeMahieu at second base and use Cabrera at several positions. Thanks to his up-and-coming bat and defensive versatility, the young Venezuelan is now a part of the organization’s future.