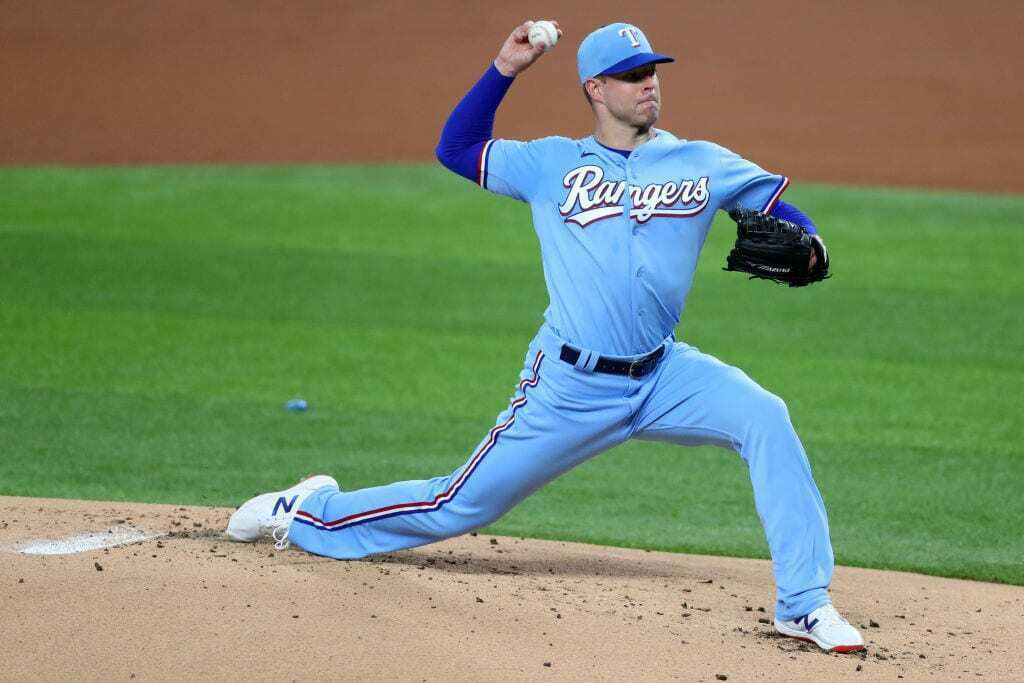 The New York Yankees found their ace and Gerrit Cole last off-season, but this time around, the starting rotation will not be gaining any elite level pitchers. Ultimately, the Yankees are trying to stay under the $210 million luxury tax threshold, which will force them to look elsewhere in the market rather than spending big on three agents.

General manager Brian Cashman has already sent feelers out on injury-prone players who they can acquire for cheap, but weâ€™ve seen how that methodology works.

James Paxton is a perfect example of what Cashman has done in the past to try and bolster the rotation with quality players who have an injury history. Paxton ended up missing the remainder of the 2020 season with a forearm flexor strain, which subsequently hurt the rotation and forced the Yankees to utilize a number of younger and inexperienced options in the postseason.

There is one option that could make sense for the Yankees this off-season, considering he is only two years removed from elite level play and injuries have forced him into a bind. Acquiring him on a one-year prove a deal could be beneficial for both sides, especially since the Yankees will be contenders.

Free-agent starter Corey Kluber is preparing to work out for several teams, including the Red Sox and Twins, according to Buster Olney of ESPN.

What would Corey Kluber bring to the Yankees?

While Kluber has only pitched in 36.2 innings over the last two years, he pitched in 215 innings back in 2018. He finished that season with a 2.89 ERA and a 2.25 ERA back in 2017. He was once one of the best starters in baseball, and some might argue â€˜theâ€™ best. However, he has fallen from his throne due to injury, and heâ€™s the perfect option for the Yankees looking to acquire a solid number two behind Cole.

Best case scenario, Kluber ends up becoming a fantastic number two, showing off his past star potential. The Yankees might be able to land him on a one year, 10â€“12,000,000 deal, but they have to see how heâ€™s bounced back from injury first. They should 100% be attending these bullpen sessions as a gauge of his current status. At 34 years old, he is undoubtedly making his way toward physical degen