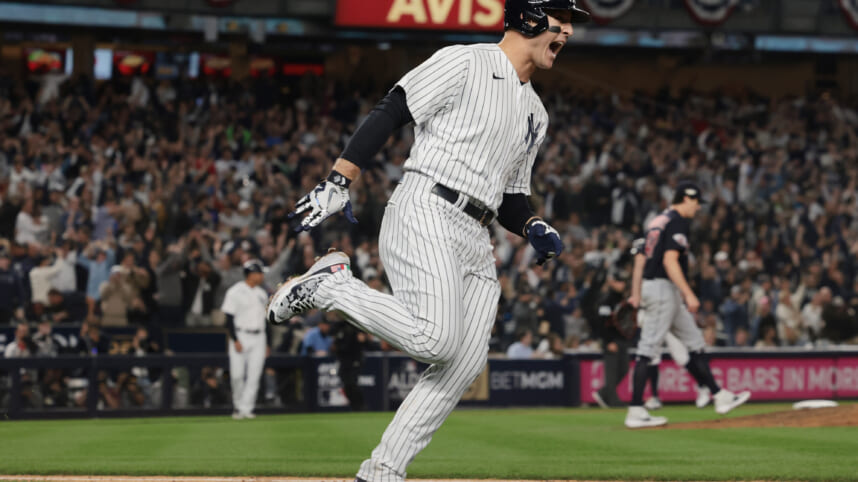 The New York Yankees are already thinking about the 2023 season, having been eliminated last weekend against the Houston Astros in the American League Championship Series. They need to decide which free agents to pursue and which ones they will let go.

In other cases, however, the Yankees won’t get the decision power. That is what can happen with first baseman Anthony Rizzo, who signed a two-year, $32 million contract during last offseason to play in the Bronx.

The 2022 campaign represented the first year of that deal, so while the Yankees are still theoretically in control of his destiny for 2023, Rizzo has an opt-out clause to test free agency again in case he wants to.

As it turns out, that will be the case apparently.

The Yankees’ first baseman is expected to test free agency

According to a report from Jim Bowden of The Athletic (link to SI.com article here), Rizzo is expected to opt out of his $16 million player option for 2023 with the Yankees.

His defense may be declining (he is 33, after all) but he remains a steady presence at first base, capable of scooping even the most difficult throws from his infielders.

Losing Rizzo would be a worst-case scenario for the Yankees because they would need to add first base to their list of needs.

The player, however, may be in a position to parlay his excellent season into a long-term contract that will bring more earning opportunities and stability to his family.

Will the Yankees give one to him?