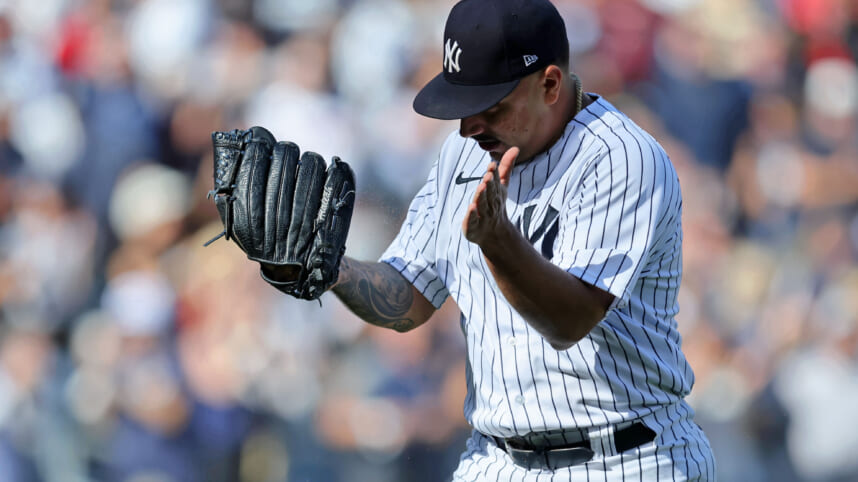 Coming into the 2022 season, Nestor Cortes was considered a backend rotation option for the Yankees, being the 5th starter in April. He came off of what was supposed to be his miracle season in 2021, posting a 2.90 ERA and 3.78 FIP in 93 innings between the rotation and bullpen.

There were plenty of question marks to raise regarding Cortes as a full-time starter, most notably the 4.43 FIP and 4.05 SIERA he posted when moved to the rotation full-time in 2021, alongside a 1.79 HR/9. Nestor Cortes had already taken massive leaps as a pitcher, however, so how realistic is it to ask him to take another quantum leap?

Like a magician with a hat of tricks, Nestor Cortes was a new and improved arm in 2022, and he showed his production isn’t some fluke.

Nestor Cortes added a cutter in the 2021 season, and it generated a strong -4 Run-Value against. The problem with his cutter was batters had a .344 wOBA against the pitch, hitting for a high average (.271) against a pitch that typically runs a low BABIP. It plays well off his straight four-seam fastball, and if he threw the exact same cutter in 2022, there wouldn’t be any complaints, however, he added some velocity and vertical break on his cutter, creating added deception and a far better xwOBA against on the pitch.

Nestor Cortes now had a weapon that right-handed batters had many issues handling, lowering his wOBA to .259 against RHBs and reducing a 1.51 HR/9 rate against RHBs to just a 1.02. It was one of the best cutters in the sport in plenty of metrics, and it was a catalyst for his breakout season in 2022.

The specs on his cutter are remarkable as well, generating nearly 5″ of horizontal movement on his cutter at in the upper-80s, which makes it a unique cut-fastball, with 119% more horizontal movement than the average cutter thrown at that velocity. Slower cutters tend to move more due to more time in flight, so for batters, it’s hard to pick up that much horizontal movement in such a short flight time. Combine that with 1.8″ of added Induced Vertical Break, and now it’s a pitch that can play up in the zone and get in on the hands of a right-handed hitter.

With 107 Stuff+ on the pitch, he successfully crafted an above-average secondary he could rely on to handle righties, but it’s his four-seam fastball that’s become his best pitch.

One of the Best Fastballs in Baseball

Nestor Cortes’ four-seam fastball was undeniably elite, and it’s a pitch that he improved as well between 2021 and 2022. While he generated the 23rd-best Run-Value (-12) and had a .289 wOBA against on the pitch, Cortes would add velocity and vertical break on his FF as well, creating a top 10 four-seamer in the sport. The specs on the pitch are remarkably in spite of low velocity, and the results back this up. His 19.7″ of Induced Vertical Break ranked 11th among all four-seam fastballs in 2022, meaning it gets more “ride” than 99% of four-seamers in baseball. This is how he ended up posting top of the line numbers with his four-seam fastball.

Despite ranking in the 10th Percentile in Fastball Velocity, he simply has a dominant four-seamer. It has a perfect movement profile to play up in the strike zone and tends to get on hitters quicker than the radar gun dictates it should. Stuff+ absolutely adores his heater, grading it at a 120 Stuff+, which is in the elite category for a fastball. His cutter-four-seam arsenal is genuinely one of the best two-pitch mixes in the league, and they should sustain their success in 2023.

Outside of being a strikeout pitch for Nestor (31.3% K%), it also generates lazy flyballs that cause Cortes to have a low BABIP against (.232). Cutters also tend to run low BABIPs (.291 league-wide BABIP), thus, batters can rarely string together hits against Cortes.

This is the right-handed hitter spray chart on flyballs against Cortes’ four-seamer, and despite its sub-par velocity RHBs struggle to get out in front on the heater when they elevate. This ability to jam batters and get them to hit opposite-field flyballs is crucial, as opposite-field flyballs ran a league-wide .127 BABIP in 2022. Cortes’ arsenal is designed and built to cause low BABIPs for hitters, and while I do believe he won’t repeat the same remarkably low BABIP in 2022, Steamer projects his BABIP against to be .282, but I think it could run lower than that since his BABIP since 2021 is .244.

Cortes has always been a fastball-heavy pitcher, and those two pitches will always be his bread-and-butter, but could Cortes develop another strong pitch?

Could Nestor Cortes Use More Changeups?

Nestor Cortes experienced a rough patch in June, with his cutter getting hammered to the tune of a .363 wOBA and .595 SLG. There is a case to be made that Cortes could benefit from a pitch against RHBs that goes down and away, and his changeup is a pitch he threw 109 times in 2022, all to RHBs. The properties of his changeup are really strong, and while his command of the pitch is sub-optimal, perhaps working with it in the offseason could give Cortes another weapon for opposite-handed hitters.

Cortes’ changeup gets 13.8″ of vertical separation and 8.9 MPH in velocity separation, something that tends to bode extremely well for changeups.

We see that it’s not velocity, rather vertical separation that yields the greatest results in terms of generating groundballs and whiffs, and for Cortes getting over 13″ of vertical separation is remarkably impressive. I’m not suggesting Cortes dramatically alters what he does; his arsenal is extremely well-built, and he’s going to bode very well with the way he attacks hitters, but perhaps his changeup he incorporates more as an 0-2 or 1-2 weapon with how well it plays off of his fastball.

Cortes is going to enter his age 28 season next year, in the prime years of his career. With that being said, his arsenal is built to last for a while, and I’m excited to see how Cortes follows up his 2022 season. He’s going to run low BABIPs, generate strong K-BB rates, and also find himself pitching deeper into games than you thought he could. Nestor Cortes has cemented his place as one of the better pitchers in the American League, and I don’t think he intends on relinquishing it anytime soon.