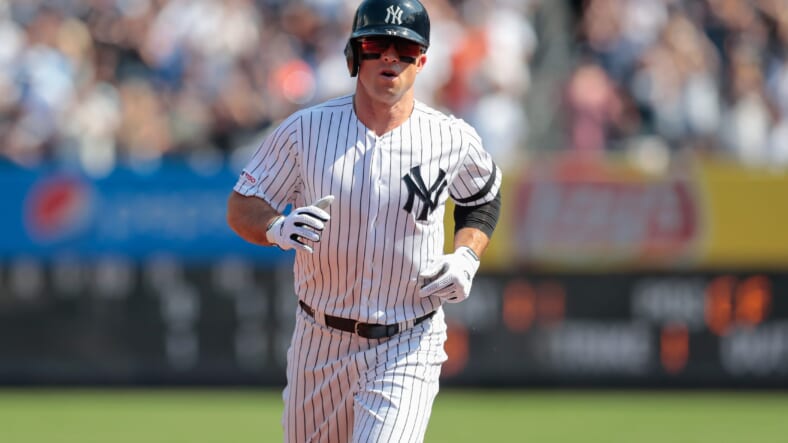 Aside from starting center fielder, Aaron Hicks missing significant time in 2020 after succumbing to Tommy John surgery, the New York Yankees could have another reason to let Brett Gardner walk in free agency.

Garnder had a stellar season in 2019, racking up 28 homers, the most in his career, but he was not expected to play a significant part in the outfield. A slew of injuries forced him into a starting role for a majority of the regular season, and he performed valiantly as players went down like flies.

All three starting outfielders (Aaron Judge, Giancarlo Stanton, and Aaron Hicks) missed extended time, forcing Gardner to pick up the slack. His reliable defensive attributes came in handy, but his bat remained alive at 36-years-old. He played a massive part in helping the Yankees reach 103 total wins, even with injuries littering the pitching corps as well.

It’s hard to argue against the Yankees bringing back Brett Gardner:

There’s little evidence to argue against Gardner making a comeback on a one-year deal, similar to his contract last season. Earning $7.5 million in 2020 is unlikely, considering the Yankees are preparing to smash the luxury tax threshold with a massive deal for a premium starting pitcher.

In the scenario that general manager Brian Cashman elects to retain as much money as he can, sticking with Mike Tauchman could be the better option. Tauchman is a reliable outfield option, and despite being a career-average player, his qualities reached a peak with the Yankees last season, along with Cameron Maybin and Gio Urshela (something must have been in the water).

Tauchman finished the year with a .277 batting average, 13 homers, and 47 RBIs (baseball-reference). Before falling to the injury bug, he was a consistent starter for New York, giving them quality performances regularly. His value is probably similar to Gardner’s at this point, considering the ultimate toll of age. With such a team-friendly price-tag, keeping Tauchman should be a priority, but it also makes Gardner expendable.

If Cashman can convince Gardner to come down to around $3 million for one-year, it would be worth bringing back the Yankees dugout leader and elder.