Yankees fans thought the team were a small ball team in 2019. None of that ads up. 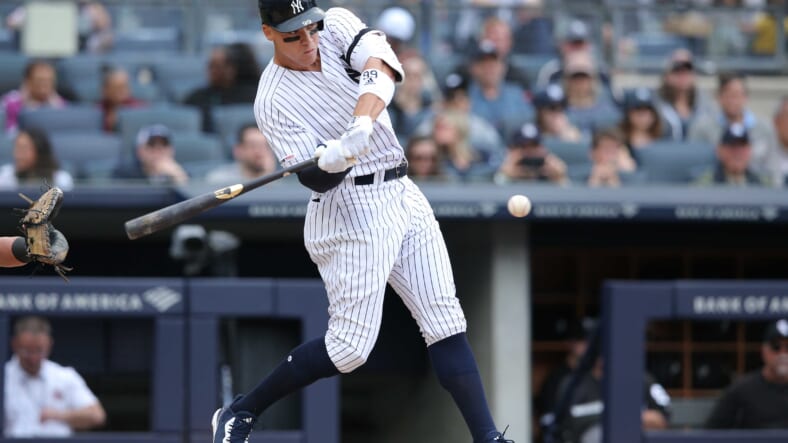 Iâ€™m sorry, but where on earth was it evident that the Yankees were a small ball team in 2019?

The collective batting average of the 2019 Yankees was .267. Thatâ€™s above the league average for baseball as a whole in 2019, but not when you look at the offensive breakdown of that .267 team average. The team had 1,493 hits, per baseball-reference.com. The team, collectively, also struck out 1,421 times (thatâ€™s excluding the pitchers offensive totals, bringing the team strikeout total to 1,437). Thatâ€™s a differential of only 72 more hits than strikeouts (56 when you factor in the pitchers). A real small ball team would suggest that they struck out less, and got more hits as a team due to the nature of sac flies, sac bunts, and more than the 569 walks the Yankees recorded as a team.

The only offensive category the Yankees lead in suggesting their â€œsmall ballâ€ mindset was runs. They lead the American League in runs scored. They also shattered their record they set last year for home runs hit as a team, but still fell short of setting a new record. In the American League, eleven more teams hit more doubles than the Yankees, eleven more teams stole more bases, five more teams were caught stealing less, and they were dead last in triples hit. These are not statistics indicating a â€œsmall ballâ€ club.

Weâ€™re talking about the Bronx Bombers people. Not the Bronx â€œsmall ballers.â€ If you donâ€™t like how many home runs the Yankees are hitting, and hate even more how many of their runs are scored via the long ball, I donâ€™t know what to tell you. This isnâ€™t a team designed to win via small ball. It just isnâ€™t.Â

So stop pretending that they are. Youâ€™ll add a couple of weeks to your life from how much less time youâ€™ll be stressing over the Yankees’ inability to play small ball.