The New York Yankees’ starting rotation is set, making it easy to forget about their secret weapon 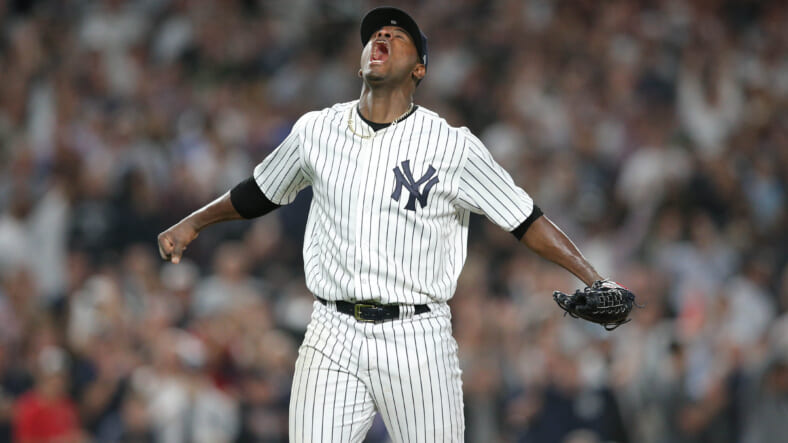 One of the more exciting storylines for the New York Yankees this off-season is their starting pitching rotation. Just a few weeks ago, general manager Brian Cashman was being shredded for his approach toward solving the departure of James Paxton, Masahiro Tanaka, and JA Happ. However, when it rains, it pours, and he proceeded to sign Corey Kluber to a one-year, $11 million deal and acquire Jameson Taillon from the Pittsburgh Pirates in trade.

Cashmanâ€™s moves seem to be panning out, as the rotation has looked stellar this spring and continues to gain positive momentum as opening day approaches on April 1.

After looking at that unit, you can probably make the assumption the Yankees have made a few upgrades. However, it is easy to forget about their secret weapon, Luis Severino. Severino is still rehabilitating from Tommy John surgery last spring, and he has made some great progress lately during his bullpen sessions.

In fact, Seve is excited to begin diving into his breaking pitches soon, but he might be a bit ahead of the curve.

â€œIâ€™m not worried about it, I just want to know,â€™â€™ said Severino this past week. â€œI want to start throw breaking pitches and see how it feels, not just that day, but also the next day to see how my arm is recovering from throwing those pitches.â€

Of course, taking things slow is a priority for Severino, but he is in hyperdrive as he looks to return to the team as soon as possible. Severino last pitched more than 12 innings in 2018, when he recorded a 3.39 ERA over 191 innings. He was expected to be the Yankeesâ€™ ace moving forward, but upon his return, he will be a fantastic addition to the rotation, one that will hopefully remain healthy during the 2021 season.

â€œI was feeling really good that [first] day and Iâ€™ve been feeling pretty good,â€™â€™ Severino said. â€œI didnâ€™t know what to do in that first bullpen, so I treated it like a normal bullpen. They told me not to throw too hard so I tried to back up a little bit, but I was throwing good. A lot of strikes.â€