The New York Yankees have found themselves a new left fielder 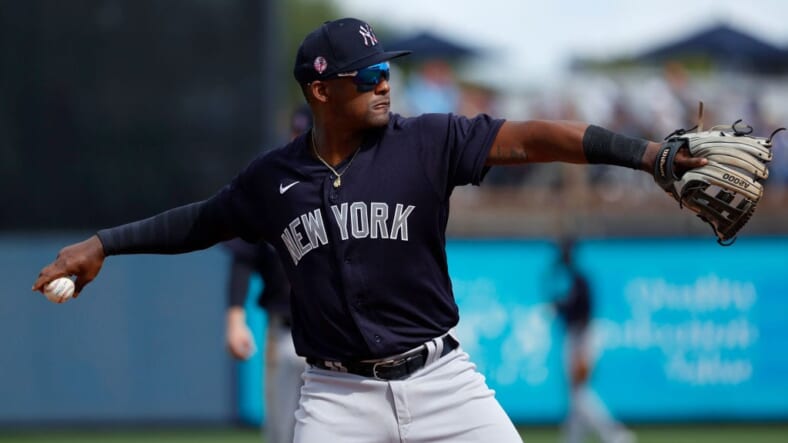 Before the start of grapefruit league play, the New York Yankees were relatively healthy entering the 2020 season. However, in just a few weeks, theyâ€™ve lost half of their starting pitching rotation and their entire outfield. Theyâ€™ve been forced to test different players at unfamiliar positions, one of them being Miguel Andujar, who lost his third base spot to Gio Urshela in 2019 after being shut down with a labrum tear.

Andujar struggled defensively on the hot corner, which is why manager Aaron Boone decided to test him in left field to expand his utility. While the young bull is still a long way from being a viable candidate to start in left field, he has made significant strides this preseason at the position. Only playing three games in left field, he has proved that he can continue to develop in that spot and act as a reserve option moving forward.

â€œThe first couple of days out there, you were like, â€˜Nope, Iâ€™m not sure heâ€™s going to have the range,â€™Â Â â€ one rival scout said, according to Newsday. â€œBut then [in that third game] he suddenly looked like he was getting better. With reps and obviously some improvement, I think heâ€™s [potentially] viable there.â€

With Giancarlo Stanton going down with a grade one calf strain, the Yankees need supplemental outfielders in case of further injury. They do have Clint Frazier, who has looked good this preseason, but he has struggled with inconsistency in the past.

Boone stated on Tuesday that Stanton and Aaron Judge would likely miss the beginning of the regular season, as the latter would continue tests to locate his injury concern. The latest news indicates that his pec area is the epicenter of the injury.

With Opening Day just a few weeks away, the Bombers have plenty of unanswered questions to deal with, but Andujar isn’t one of them anymore. He has found himself a new home in left, and Boone is excited to see how he progresses.

â€œHe looks the part. His reads are real good and he is breaking on the ball properly, catching the ball with an ease out there and continues to be confident heâ€™ll be able to do it,â€™â€™ Boone said of Andujar, who went 1-for-3 at the plate.