The New York Yankees enter a difficult 4 game series with the Jays, here’s the preview 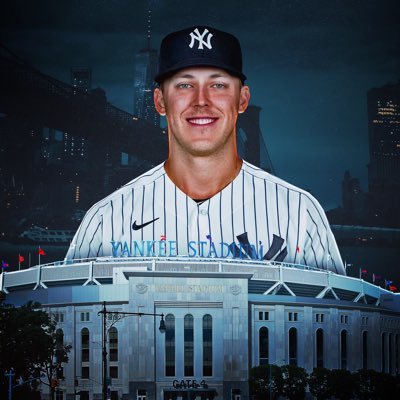 The New York Yankees after an embarrassing series loss to the worst team in baseball, the Baltimore Orioles, things get even more serious in their march to the postseason as they face the young and energetic Toronto Blue Jays for a four-game series at Yankee Stadium. The Blue Jays are coming into the series hot, winning 7 of their last 10 games and shutting out the Oakland Athletics 8-0 yesterday. The Yankees have lost 6 of ten and two series losses in a row.

It is challenging to win a four-game series for any team, but with the Yankees wild card berth in jeopardy, the Yankees are going to have to put their best foot forward, pitch well, and hit well to put down a team that has nothing to lose as they are out of the postseason this year. The Yankees are just 1/2 a game ahead of the Red Sox in the wild card standings. Next is the Seattle Mariners surging recently with a 5 game winning streak.

On this Labor Day, the New York Yankees will start Jameson Taillon in the matinee game at Yankee Stadium. Taillon has been one of the most winning pitchers for the Yankees lately. The righty is 8-5 with an ERA of 4.44 and 131 strikeouts. However, he is coming off one of his worst starts of the season, giving up six runs in the Yankee loss to the Angels. However, before that, the Yankees won his last eight starts. Taillon will have to be very careful with Bo Bichette and Vlad Guerrero Jr. They have both hit .667 off him.

Taillon will face the Blue Jays ace Hyun Jin Ryu a lefty that is 12-8 with a 3.92 ERA and 121 strikeouts. Ryu is the Jays winningest pitcher. Nevertheless, he has not pitched well with the Jays losing three of his last four starts. Also, he has not gone deep into games in his last two starts, giving up 10 earned runs in the two losses. Anthony Rizzo and Luke Voit have Ryu’s number, both hitting .500 off him in 6 at-bats.

Tuesday night, the Yankees will have ace Gerrit Cole on the mound facing the Jays’ Steven Matz. In his second season with the New York Yankees, Cole has, for the most part, been everything the Yankees could have asked for. The righty is 14-6 with an ERA of 2.73 and an incredible 215 strikeouts, being the most strikeouts for any MLB player this season. Few Blue Jays have been successful off Cole, but Vlad Guerrero Jr. has a .308 batting average off him.

Cole will face Steven Matz, a lefty that is 10-7 with an ERA of 3.80 and 116 strikeouts in 25 starts. Matz is coming off a win against the Baltimore Orioles, but prior he has two losses, both against the Detroit Tigers. Matz started the season hot winning his first four games, but he has been spotty since then. His last recorded win was on August 15th against the Mariners. Giancarlo Stanton has a .333 batting average off him with 2 home runs in 15 at-bats.

The New York Yankees have not announced a pitcher for this game, although it will probably be Nestor Cortes Jr. or Luis Gil.

Whoever the Yankees choose, he will face the Jays’ Alek Manoah, a righty that is 5-2 with an ERA of 3.63 and 88 strikeouts in 15 starts. He is coming off a game the Jays won, but he gave up 6 earned runs in five innings of work. Although six Yankees have at-bats against him, none have gotten hits. He shut out the Yankees when he last faced them on May 27th.

Again the Yankees have not announced a starter for this game either; however, if they follow the normal rotation, it will be Jordan Montgomery or whoever doesn’t pitch in Wednesday.

Jose Berrios will start this game for the Blue Jays. The righty is 10-7 with an ERA of 3.55 and 169 strikeouts. It will be his 28th start of the season. He is coming off his tenth win of the season against the Oakland Athletics. However, the Jays have lost six of his last eight starts previously. Aaron Judge has his number hitting .600 off him in 5 at-bats. He has not faced the Yankees this season.

Notes: All of these games will be televised on the YES Network and SNET in Canada. The Wednesday and Thursday games will also be on MLBN out of market. After this four-game series, the Yankees will move to Citi Field to play a three-game set with the crosstown New York Mets.