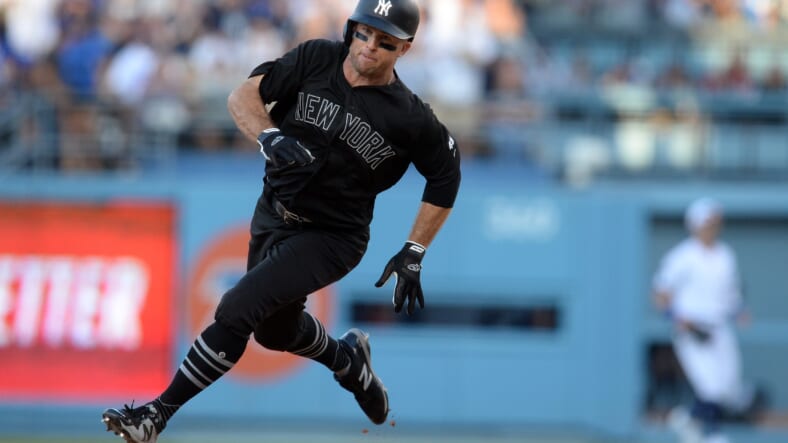 Brett Gardner has spent his entire career so far playing in the Bronx for the New York Yankees. In his 12 years wearing pinstripes, Gardner was apart of the magical 2009 World Series team and was an All-Star in 2016.

After having a career-high 28 home run season while batting .252, Gardner will most likely find himself back in pinstripes for another year.

Gardner sure definitely wants to. “I would love to come back next year, Iâ€™ve always been very honest about not wanting to play anywhere else.”

The only concern regarding Gardner’s role is that with Aaron Judge, Giancarlo Stanton, and Aaron Hicks all being healthy, Gardner will not have an everyday role. He found himself in 140 games this season because all three of those star outfielders have been out for significant amounts of time due to injury.

Yankee fans would definitely like to see their veteran center fielder back for another year. He’s everything a team could want – hardworking, a leader, and selfless. He hustles all the time and never slacks off.

“Iâ€™m focused on my stuff on the field, and Iâ€™ll let all that other stuff take care of itself when the time is right,” Gardner said. “Iâ€™m focusing on the team and Iâ€™m not really concerned about my contract right now.”

The Yankees would most likely only sign him to a one or two year deal because of his age and because they already have those the “big three” (Judge, Hicks, and Stanton) in the outfield.

“Iâ€™m definitely very grateful for the time that Iâ€™ve had here,” Gardner said. “Itâ€™s been a really good run and weâ€™ll see what happens next year…Iâ€™ll worry about it when the season is over. But I do want to come back next year.”