Report: Yankees expressing interest in superstar outfielder, but Washington has all the leverage 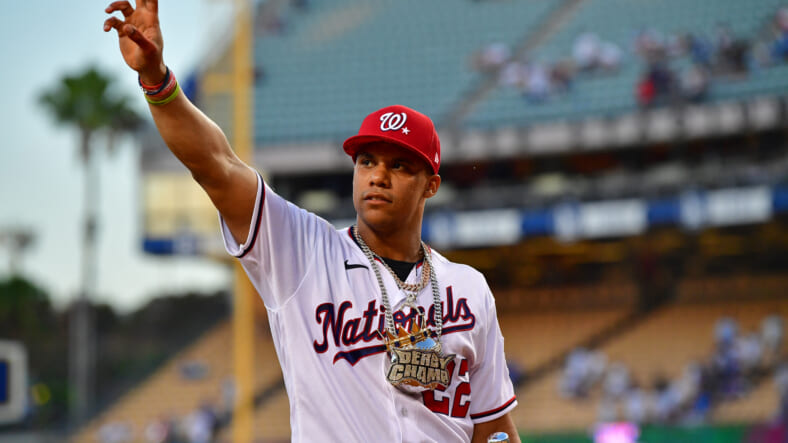 When a generational hitting talent like Juan Soto is made available for trade, you change your plans and consider mortgaging the farm to acquire him. That’s how it works, and the New York Yankees are very much aware of that.

Prospects don’t always pan out, and we have all seen what Soto can do: he has 118 career home runs, two All-Star berths, two Silver Slugger awards, a batting title, and a World Series ring and he is not even 24. Oh, and he already has multiple top-five MVP finishes in the National League.

Curry tweeted that the Yankees “have reached out to express interest in acquiring” Soto. He also says the ball is in the Nats’ court, as they have to tell the Yanks and other teams what they want for the star.

Yankees have reached out to express interest in acquiring Juan Soto. Now it's a matter of the Nationals telling the Yankees (and other teams) what they want for a generational talent. It's early in process. Both sides must determine if there's a match in terms of talent exchange

The Yankees have a lot to offer: will they?

Young major leaguers like Gleyber Torres, Néstor Cortés, and Michael King, and top prospects like Anthony Volpe, Oswald Peraza, Jasson Dominguez, and Ken Waldichuk, among others, could be in play. Will New York be willing to put together a package involving some of those players? It remains to be seen, but as of now, they are reportedly interested, as they should.

There will be a long list of suitors for Soto should he really be made available. He is a game-changing talent with two and a half years of team control remaining. Even if he doesn’t agree to an extension with his hypothetical new team (that’s the reason why Washington is looking to trade him, by the way), it could be worth the investment for true contenders like the Los Angeles Dodgers, the New York Mets, and the Yankees.

The Bombers do seem to have a good chance to extend him at some point should they land him, but they don’t have to talk about that now, letting the team focus on the Aaron Judge contract situation instead.

If the Yankees manage to land Soto, they would be head and shoulders above the rest of the competition in MLB.