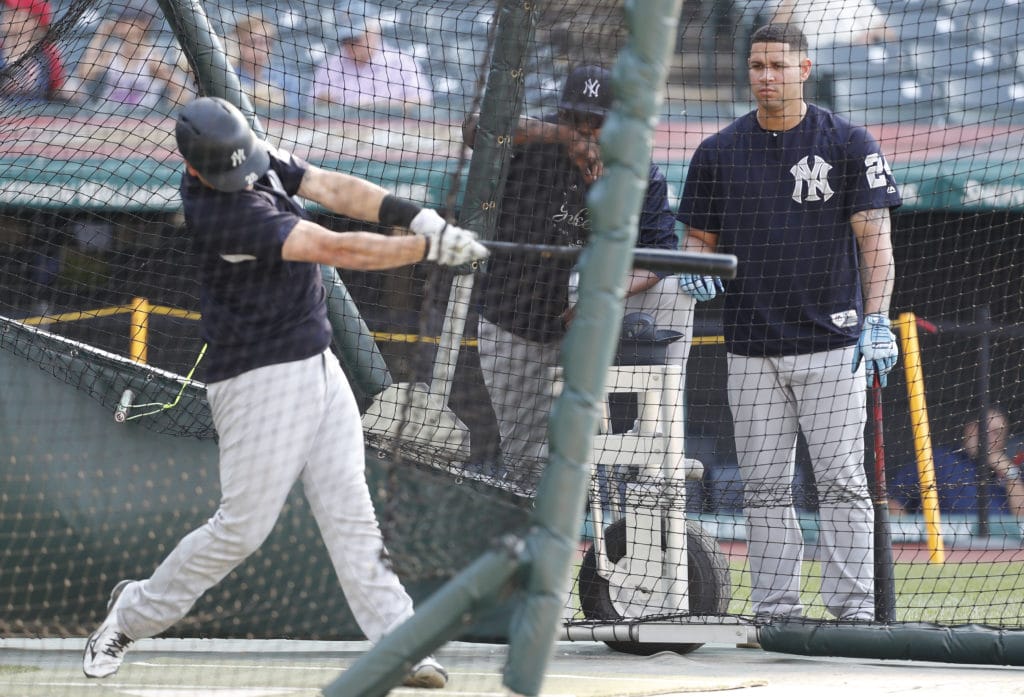 The New York Yankees had one of their worst hitting seasons in years, last season, with two results. The Yankees ended up in the middle of the pack in hitting in a season that got them to the wild card game and a loss to the Boston Red Sox, ending their season. The other result was hitting coach Marcus Thames losing his job after a horrible season for all Yankee players with the exception of Aaron Judge and Giancarlo Stanton. The two are the only reason the Yankees got to the doorstep of the postseason.

Thames was the Yankee hitting coach from 2018 to this past season after being an assistant and hitting coach in the Yankees minor league system. He had a ten-year major league career, starting with the Yankees in 2002. He also played for the Rangers, Tigers, and finally, the Los Angeles Dodger in 2011. His best year as a hitter was in 2010 in his second stint with the Yankees when hit .288 with a dozen home runs. In his career, he was never an All-Star with a career batting average of just .246.

Lawson has become the Yankees hitting coach this off-season after being its’ hitting coordinator in 2019. Lawson attended Transylvania University, where he played college ball as a catcher and first baseman. When he graduated, he became a coach at Lindenwood University. He also coached at Morehead State University, Southeast Missouri, the Tri-City Valley Cats, and finally at the University of Missouri for the Quad Cities River Bandits before becoming a Yankee.

Lawson brings to the Yankees a “hit-it-hard” philosophy. His philosophy is pretty simple “swing at strikes and hit them hard.” He wants to convert the Yankee players to being hitting monsters. Wednesday, he explained:

“It’s definitely something we’ll focus on. Whether it was an issue last year or not, it would still be a focus of ours because we think it’s just going to lead to more success and, again, when you have guys that can hit the ball the way that we do, getting it over the infield is going to allow for better results.”

“As a hitting coach, we’ve got monsters all up and down the lineup. I’m extremely excited. It’s amazing to be able to work with these guys. In reality, we’re trying to keep their strengths their strengths, and then any areas where we can improve by even just 1%, that’s going to make a big difference when we get onto the field, considering the outstanding roster we already have.”

“There’s plenty of things to be excited and optimistic about,” Lawson said. “We have an outstanding roster. As a hitting coach, we’ve got monsters all up and down the lineup. It’s amazing to be able to work with these guys. In reality, we’re trying to keep their strengths, and then any areas where we can improve — even just about 1% — that’s going to make a big difference.”

In addition to Lawson, the Yankees hired Casey Dykes as assistant hitting coach. They also hired Eric Chavez, but Chavez left to become the hitting coach of the crosstown New York Mets. Although the Yankees are not required to have more than one assistant coach, they likely will continue to look for a replacement for Chavez before the start of Spring Training.