Opinion: How will the New York Yankees act once the lockout ends? 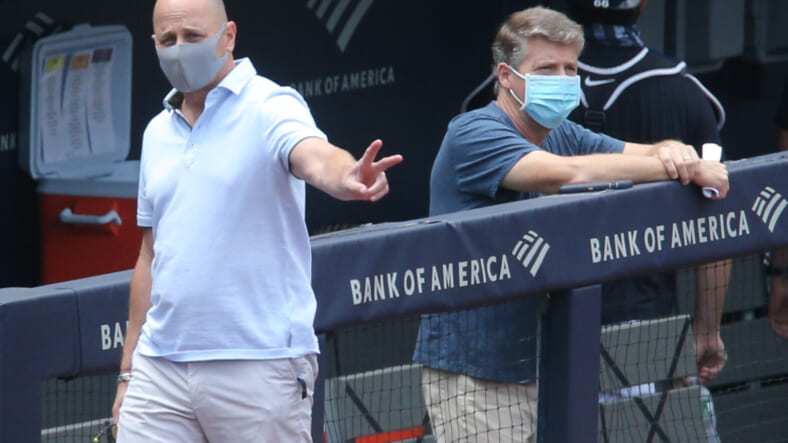 We could be getting closer to the return of the Yankees’ Hot Stove. For the first time since early December, MLB and the MLBPA are meeting today to discuss core economic issues to try and inch closer to an agreement to end the lockout. How today’s meeting goes will tell us a lot more about the length of the lockout.

If the meeting is extremely short and frustrating, we could be looking at a reality where the season doesn’t start on time. However, if there’s promise out of today’s meeting, we could see some positive momentum towards ending the lockout. I’m not holding my breath to be honest.

However, the fact that both sides are going to talk is encouraging. Let’s say today’s meeting goes well and let’s say that we are on track for the lockout to end at the beginning of February. How will the Yankees act once the lockout ends? Well, they are looking at a reality of only having a few weeks to act before pitchers and catchers report while having a ton to get done.

When the offseason started, Yankees GM Brian Cashman said that they needed to figure out solutions for shortstop, center field, starting pitching, and first base. Obviously a ton to get done before the bombers take the field to start the 2022 season.

Fans, including myself, were incredibly frustrated with the lack of aggressiveness from Cashman before the lockout. A ton of big names like Marcus Semien, Corey Seager, Robbie Ray, and others fell off the board and the Yankees did nothing. Now, we understand that they likely didn’t do anything due to the lack of knowledge surrounding the next CBA.

So what will they do? Well, I could see them making a play for Carlos Correa, but I don’t see them being a favorite. Just hard for me to see them making a big splash in signing him to a massive deal. Instead, I think they are much more likely to target Trevor Story perhaps on a short-term deal to re-establish his value.

This would also give them flexibility to allow their SS prospects to come of age on their on time. In terms of first base, it’s clear the Yankees like Freddie Freeman. However, I don’t see him leaving Atlanta. If he does, expect the Yanks to be right there. Anthony Rizzo is the favorite to return if they go the free agent route.

One thing that’s for sure is you should expect some trades from the Yankees. I wouldn’t doubt it if we saw them move Gary Sanchez. However, I feel like they are going to ride that one out to the grave and let him walk in free agency after 2022. The one guy that is for sure getting dealt is Luke Voit in my opinion. Cannot see any scenario where they bring him back.

Will be interesting to see what they get in return. The deal all fans want is a trade for Matt Olson. To me, Olson remains the most likely biggest splash the Yankees will make in this offseason. Olson checks every box and Cashman has a great working relationship with Billy Beane and the A’s.

I wouldn’t rule out a big trade coming together featuring Olson and a starting pitcher. There are so many areas that need to be addressed and I’m very curious to see how this all plays out.

Here’s what I ultimately think happens. I think the Yankees land Olson and a starting pitcher from Oakland. They will acquire another outfielder for depth and I think they sign Trevor Story to a one-year deal. I don’t know if Story will take that, but if he will, I like the Yankees chances.

If they don’t land Story, expect a guy like Andrelton Simmons. I feel disgusted even writing that. Keep in mind, these are just my gut feelings. Let me know in the comments what you think the Yankees will do in the shortened offseason rush!