One Yankees pitching prospect is showing off his impressive pitch velocity 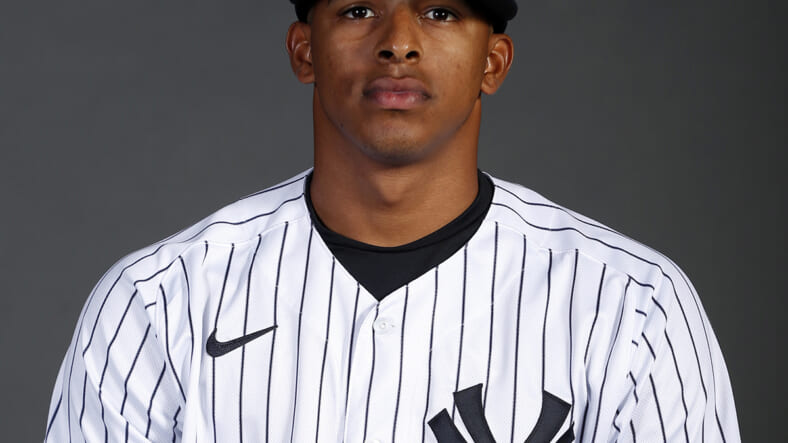 The New York Yankees donâ€™t feel overly worried about their lack of healthy pitchers since they have several youth options that could play a part during the 2021 season. Consider last year, when James Paxton went down, and several starters were struggling, the Yankees looked to Deivi Garcia to supplement weaknesses.

While he did have a few tumultuous performances, he finished with a 4.98 ERA and 8.65 strikeouts per nine. It was his first MLB action, and he didnâ€™t disappoint. In fact, Garcia had one performance against the Toronto Blue Jays where he lasted 7.0 innings, allowing five eights and two runs. The Yankees utilized him significantly when he was on the mound, as he clocked in at 103 pitches against Miami last year and had a low of just 75. I would be remiss not to mention his top performance against the New York Mets when he lasted 6.0 innings and didnâ€™t allow single run on four hits.

With the Yankee youth taking steps forward, there is another pitcher on the rise, and his name is Luis Medina. The Yankees have been pleased with his recent outings, as he featured for Puerto Rico in his worst game of the off-season. He gave up five runs on seven heads over 3-2/3 innings, but this seems to be an anomaly. Heâ€™s ranked as the Yankees’ 11th overall prospect according to MLB Pipeline, who had some pretty great things to say about him.

Luis Medina, 80mph Curveball and 97mph Fastball, Overlay (w/o and with tails).

Here’s what MLB Pipeline had to say about the hard-armed pitcher:

With lightning-fast arm speed and little effort, Medina sits at 96-99 mph and tops out at 102 with some natural cut on his fastball. His low-80s curveball is a plus-plus hammer at its best and can be more unhittable than his heater. There also are times when his changeup merits at least a 65 on the 20-80 scouting scale, operating around 90 mph with devastating splitter action.

Despite his huge difficulties throwing strikes, Medina is athletic and has no red flags in his delivery. He does struggle to repeat his mechanics at times, with some observers believing thatâ€™s more of a mental than physical issue. Thereâ€™s a huge gap between his ceiling (frontline starter) and floor (not enough control to contribute in the Majors), but he started to close it at the end of last season.

A pitcher with his velocity has unlimited potential, and at 21 years old, he is still extremely useful. The Yankees can continue to develop him and work with his fundamentals. The ability to throw 97 mph with ease cannot be taught, and adding a few offspeed pitches and improving his control to make him a productive pitcher down the line in the big leagues.