On this day in Yankees history: The Bombers storm back from 5-0 down against the Baltimore Orioles 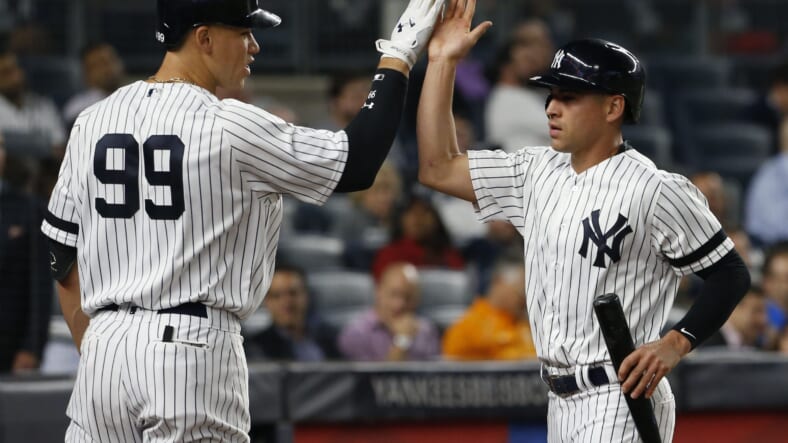 The New York Yankees stormed back from 5-0 down to overcome the Baltimore Orioles on April 28, 2017:

On this day three years ago, the New York Yankees made an astonishing come back against the Orioles. Fast forward to the third inning where the Orioles finally got on the board on a Manny Machado double to centerfield, driving in Joey Rickard and Adam Jones.

This started the route against the Yankees. At the top of the fourth inning with the Orioles already 2-0 ahead, Welington Castillo launched a home run to deep right field, scoring Chris Davis in the process. This increased the Orioles’ lead to 4-0. CC Sabathia struck out Trey Mancini, Jonathan Schoop, and Adam Jones to end the inning, but the damage had already been done.

The Yankees, up to this point, had generated no offense, and that changed in the bottom of the fifth inning as Aaron judge launched a home run to deep left field. Back up catcher Austin Romine grounded into a double play, and Chase Headlyflied out to end the inning.

The top of the six was where the Yankees really fell behind, as Mark Trumbo hit a grand slam to deep left field, scoring Joey Rickard, Adam Jones, and Manny Machado. This occurred after CC Sabathia was plucked from the game, and Bryan Mitchell took over.

However, this is where the Yankees began their route. With fans turning their rally caps on, the bottom of the sixth lead to Didi Gregorius grounding out, subsequently scoring Matt Holliday, and Aaron Judge had his second home run of the game, driving in Starlin Castro. The Yankees were now down 4-9 as they fought their way back.

At the top of the seventh, Jonathan Schoop hit a single to left field driving in Castillo and Craig Gentry, increasing the Orioles’ lead to 11-4. At the bottom of the seventh-inning, Jacoby Ellsbury hit a grand slam against Vidal Nuno III, driving in Austin Romine, Chase Headly, and Matt Holliday.

The score is now 8-11, with the Yankees needing more miracles to overcome a rare offensive outbreak from the Baltimore Orioles. Luckily, at the bottom of the ninth-inning down three runs, Jacoby Ellsbury grounded out, scoring Headly, which allowed Starlin Castro to tie the game, which he did with a home run, driving in Jacoby Ellsbury.

With the game tied at 11 at the bottom of the 10th, the saw Yankees Holliday smash a three-run home run to deep centerfield, driving in Hicks and Kyle Higashioka. The game ended 14-11 in favor of the Yankees, completing a monstrous comeback and showing off their firepower in the process.