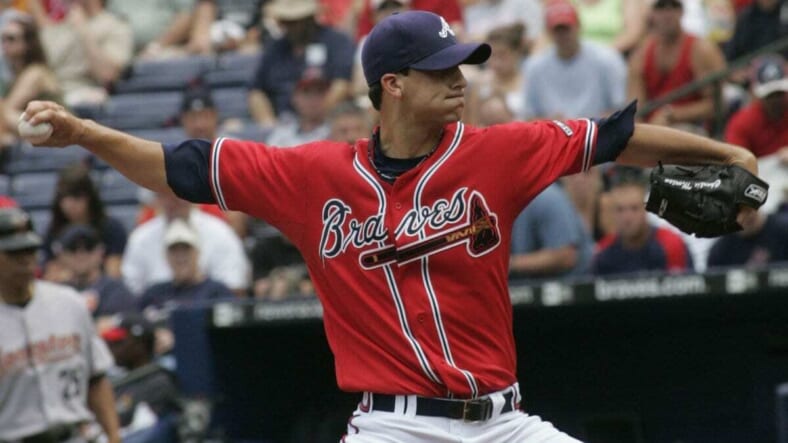 The New York Yankees have the day off today to recoup from a disastrous three-game series that saw the Yankees swept by the Tampa Bay Rays. The Yankees couldn’t even win the game started by their ace Gerrit Cole. They lost the first game, started by an opener Nick Nelson 8-2, the second game pitched by Jordan Montgomery 6-3, and against Cole in the finale 4-2. Overall the Rays scored 20 runs in the three-game series to the Yankees’ 7 runs. The Yankees have now won just 1 of the 6 games this season against the Rays.

The New York Yankees get a chance to turn it around against a new team, the Atlanta Braves. It will be a short 2 game series at Yankee Stadium before the Yankees take off for Cleveland to play the Indians in a four-game set. At the very least, the Yankees will be happy to get away from the Jays and the Rays.

The Yankees have not announced as of this writing any of their starting pitchers for the Braves series. It is most likely that Jameson Taillon will start tomorrow’s game on normal rest. Wednesday’s game is less clear; it could be Corey Kluber or even Domingo German. After two miserable starts by German, he was sent down to Scranton to work things out. The Yankees have been mum on his progress or their plans for the pitcher that had an 18-4 recond in 2019.

The Atlanta Braves will start right-hander Charlie Morton, who is 1-1 with an ERA of 4.76 with 20 strikeouts on the season. Morton has gone six innings in both of this last two starts but made game losing mistakes in the fourth inning of his last start against the Florida Marlins. But after that game, he claimed his curveball was as good as ever.

The Yankees are very familiar with Morton from his time with the Houston Astros and, more recently, with the Tampa Bay Rays. Morton is a quality pitcher that has given the Yankees a rough time in the past. Morton has a good record against the Yankees, even one hitting them on September 25, 2019. Giancarlo Stanton has had 26 at-bats against Morton, getting 9 hits.

On Wednesday, the Yankees will face Ian Anderson, who has no record in three starts and an ERA of 4.70. The New York Yankees have limited experience with Anderson, only seeing him once in his two-year career, and that was not a happy occasion; he broke Gerrit Cole’s winning streak of August 26, 2020. Cole and company allowed 4 Braves runs while Anderson one hit the Yankees, giving up only a home run to the Yankees’ Luke Voit.

Although neither of these pitchers is Max Fried, the Atlanta Braves ace the New York Yankees hitting has got to come alive in the series if they hope to win either of these games. In the Tampa Bay Rays series, they just scored 2.1 runs per game, less than half the number of runs you need to win games consistently.