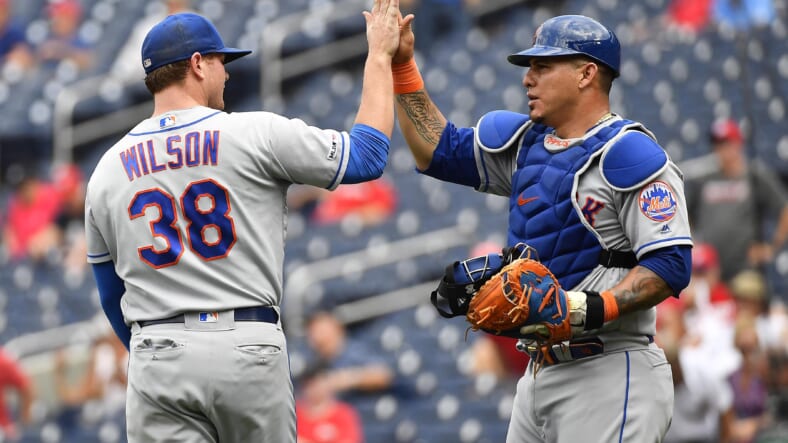 The New York Yankees signed another pitcher to bolster their bullpen. The Yankees have signed left-handed reliever Justin Wilson per Sweeny Murti of WFAN. Wilson, 33, spent the last two seasons with the New York Mets.Â  In 68 appearances in Queens, he posted a 2.91 ERA (143 ERA+) and a 2.39 strikeout-to-walk ratio. Wilson, who pitched for the Yankees in 2015, relies primarily on two pitches: a mid-90s fastball and a cutter, a combination that has allowed him to suppress quality contact the past few years.

Just over a week ago, the Yankees added right-hander Darren O’Day to the pen after getting rid of Adam Ottavino in an unusual trade with the Boston Red Sox.

Wilson, 33, will move across the East River to the Bronx after pitching with the Mets in each of the past two seasons. The 10th-year southpaw compiled a 2.91 ERA, 26.6% strikeout rate, and four saves across his pair of campaigns in Queens. Overall, Wilson owns a career 3.27 ERA and 18 saves in prior stints with the Pirates, Yankees, Tigers, Cubs, and Mets.

Wilson enjoyed a solid season with the Yankees back in 2015, when he sported a 3.10 ERA, 2.69 FIP and struck out 66 hitters in 61 innings. New York traded him to Detroit after the season in exchange for relievers Luis Cessa and Chad Green. Now, Wilson will likely join those two pitchers in the Yankeesâ€™ 2021 bullpen, in line to serve as a third lefty relief option for manager Aaron Boone alongside Zack Britton and Aroldis Chapman.

This is the latest move by the New York Yankees to change a pitching situation that was not up to the task of winning a World Championship for the team that has won 27 of them, more than any team in any sport in the world.

Earlier in the offseason, after re-signing batting champ DJ Lemahieu which was their priority this offseason, the Yankees made major moves to replace Masahiro Tanaka, James Paxton, and J. A. Happ, who they let walk into free agency. They hired two-time Cy Young Award winner Corey Kluber and traded with the Pittsburgh Pirates for starter Jameson Taillon. With Dareen O’Day’s hiring, one of the last season’s most successful pitchers, and now the hiring of Justin Wilson, the New York Yankee has mostly resolved their pitching woes.